It sounds very fascinating to establish a business empire that establishes its unique place in the market worth billions. Here we will talk about the richest billionaires in the world and how their brands are making a difference in the business world. Billionaires are not only changing the business dynamics but are also playing a pivotal role in the global economy, politics and Philanthropy.

Since the net worth includes cash, stocks and other investments, fluctuation in the market impacts the list of the billionaires.

Here is the detailed list of richest billionaires in the world in 2022:

A Computer Scientist and the Co-Founder of Google, Sergey Brin took the company to its infinite heights. He is responsible for finding one of the most successful sites in the universe, Google which is an American multinational technology company founded in 1998 by Brin along with his friend, Larry Page. Today, Google is the most popular search engine platform and one cannot imagine the internet world without it. He along with Larry was named among the top 100 innovators in the world in 2002 and the reason is quite obvious.

Sergey was born in Moscow, Russia in 1973 to Jewish parents. His father was a Mathematics Professor. He married Anne Wojcicki and together they have a son and a daughter.

Co-Founder of Google, Larry Page is a genius that brought a whole new revolution to the Web world. Page Co-Founded Google in 1998 along with Sergey Brin. Google soon became the most used search engine in the entire world. Page stepped down as the CEO of Google in 2001 to focus on Google’s core research. In 2011, he resumed his roles as the CEO of Google. After Google’s restructuring in 2015, Page became the CEO of Alphabet (a newly created holding company). He left the post in December 2019 but continues to serve on Alphabet’s Board of Directors. His brilliant idea and innovation make him one of the richest billionaires in the world.

Born in 1973, Page whose father was a professor of Computer Science at Michigan State University, completed his graduation in Computer Engineering from the University of  Michigan. He then pursued his doctorate at Stanford University.

Chairman and Managing Director of Reliance Industries Limited, Mukesh Ambani is the business magnate of India. Born to Kokilaben Ambani and Dhirubhai Ambani, the renowned industrialist of India, he had business in his blood. He completed his graduation in electrical engineering from the University of Bombay. He later joined Stanford University to pursue his master’s degree but dropped out to join the family business.

He was awarded ET Businessman of the year in 2006. He and his wife Nita Ambani owns a cricket team named Mumbai Indians in the Indian Premium League. In 2016, Mukesh Ambani launched Jio which provides high-speed internet at affordable prices. To make India digitally advanced, Ambani said in one of his interviews, “Reliance Jio will transform India from highest tariff market to the lowest, anywhere in the world.”

The most admirable investor of the world, Warren Buffett is not just a name but a brand in itself. Born in Omaha, in 1930, he is an American businessman and philanthropist. Also known as the ‘Oracle of Omaha’, Buffett’s knowledge and expertise in investment are strategically genius and precocious. Warren owns the renowned company, Berkshire Hathaway and has majorly invested in companies like Coco-Cola, American Express and Bank of America.

A person with the heart of gold donates generously to charitable foundations. He also runs a foundation named after his late wife that supports women’s reproductive rights. He announced his plans to donate his entire wealth to charity.

The founder of Oracle, Larry Ellison has built a software company with three programmers into the second largest supplier of business applications in the world. No journey is smooth. Larry’s journey was no different. He faced many setbacks until 1992 when the release of Oracle 7 swept the market.

One of the most successful entrepreneurs, Bill Gates is named among the richest billionaires in the world by Forbes in 2022. He is the Founder and former CEO of Microsoft. The leadership styles of Bill Gates make him stand out from the crowd. He stepped down from the position of CEO in 2000 to focus on his foundation.

Born in 1995 in Seattle, U.S., he developed his interest in computers and technology from childhood. He helped a group of programmers during his high school in the payroll system and founded Traf-O-Data.

He dropped out of Harvard University and formed Microsoft in 1975 with his friend Paul G. Allen. In the early 1990s, with his entrepreneurial vision & skills, Gates emerged as the kingmaker of the PC industry. Known for his charitable deed and donations, he also raises concerns about climate change. In one of his interviews, he once said, “Climate change is a terrible problem, and it absolutely needs to be solved. It deserves to be a huge priority.”

Founder and Executive Chairman of Amazon, Jeffrey Preston Bezos successfully secures his position in the list of top richest billionaires in the world.  The biggest face of the eCommerce industry, Bezos made Amazon flourish. He stepped down as Amazon’s CEO in 2021 and handled all the roles over to Andy Jassy.

He is well known for his philanthropic deeds and donates generously to the cancer research centre and education for underprivileged students.

Talking about his education, he graduated from Princeton University in electrical engineering and computer science. The first company Bezos joined was New York Investment Bank and soon became Vice President. He was the youngest person to hold such a big position.

Hailing from a typical Gujarati family, business runs through Gautam Adani’s veins. Once a college dropout is now a business tycoon and Asia’s richest person. Gautam Adani is the Founder and Chairman of the Adani Group which comprises companies like Adani Wilmar, Adani Green Energy, Adani Transportation, Adani Total Gas and Adani Power.

The fact that not many people know about Gautam Adani is that he was the hostage in the attack of 26/11 in the Taj Hotel. He was later rescued by NSG Commando.

Starting his career as a diamond sorter, Gautam Adani has come a long way and emerged as the richest person in Asia, and is also listed among the richest billionaires in the world. The success story of Gautam Adani is inspiring the youth to work hard and achieve their goals.

Bernard Arnault was born in Roubaix, France. The professional journey of Arnault began in his father’s manufacturing company. He convinced his father to liquidate the company and enter the Real Estate market. In 1987, he invested in LVMH, and since then he brought a revolution to the fashion industry through its luxury brands.

The richest person in the world and a self-made entrepreneur, Elon Musk is the mastermind of the electric vehicle company, Tesla Motors. From being one of the primary investors in the company, he is now the CEO of the company. He is also known for inventing a private spaceflight company SpaceX in 2002.

Born in South Africa, he completed his education at the University of Pennsylvania in Physics. His passion for technology is beyond imagination. The influence of Elon Musk is so powerful that with his single tweet, the entire market can change drastically. He has recently acquired Twitter with a whopping amount of $ 44 billion and made the biggest deal in the tech industry in history. The famous character of the Marvel series ‘Iron Man’ is inspired by Elon Musk, some parts of the movie were also shot at SpaceX. 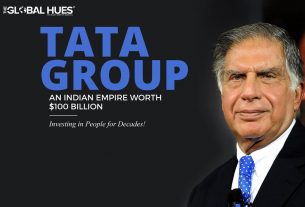 HOW CONTENT MARKETING CAN HELP YOU ACHIEVE YOUR BUSINESS GOALS 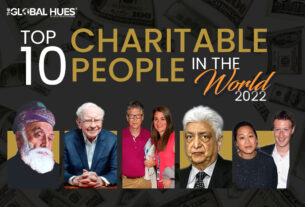 Top 10 Charitable People In The World