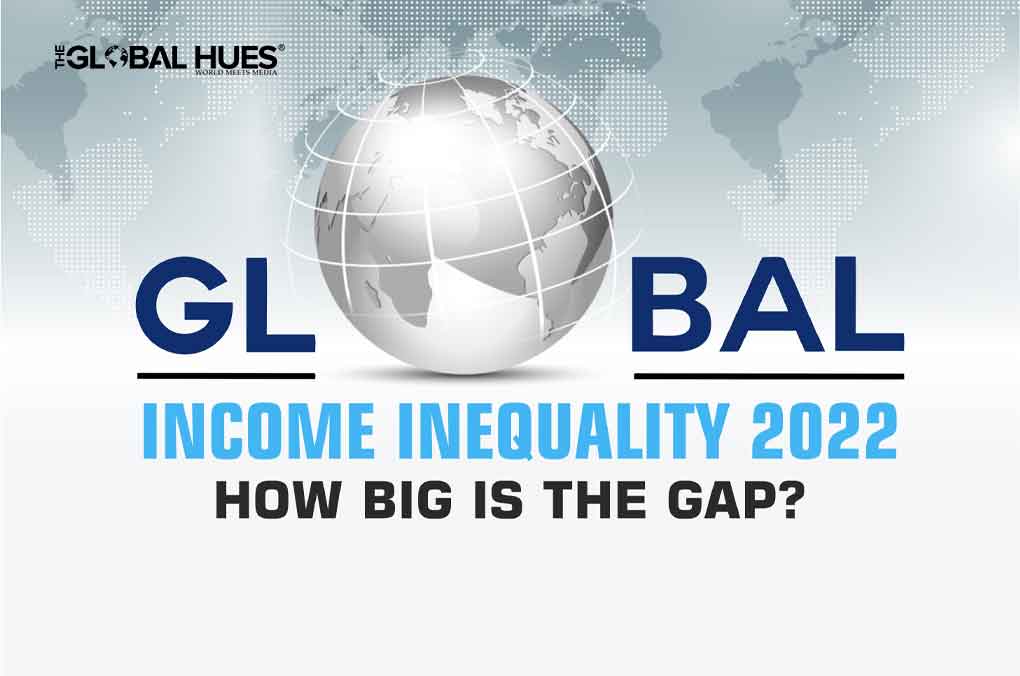 Helene D. Gayle has rightly said “The difference between rich and poor is becoming more extreme, and as income inequality widens the wealth gap in major nations, education, health and social mobility are all threatened.”

The unexpected crisis created by the Covid 19 disturbed the entire economy; the impact of the pandemic can still be seen. It shut down many sectors of the economy, which in turn affected the livelihood of many around the globe. The gaps between rich and poor is widening. Economic inequality is rising.

Economic Inequality refers to the unequal distribution of income and opportunity between different groups in society. A sharp rise in income inequality not only increases social and political concerns but economic ones as well.

A recent report published by The World Inequality Lab, a research center at the Paris School of Economics highlights the level of global economic inequality prevailing today. It presents comprehensive data on inequality at the global level.

Here are some notable points from the report:

In the year 2021, the global income amounts to $122 trillion, while global net wealth stands at six times this value, i.e. €510 trillion. The global average income per adult in 2021 is $23,380 or PPP $1,950 per month, while the average adult individual owns $139,000 in net wealth. These average values mask prominent inequalities between countries and their citizens.

The global income and wealth inequality between countries has two aspects: 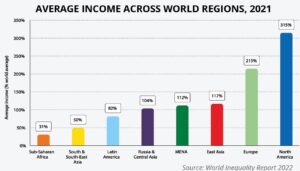 As per the findings of the report, the wealth disparities between rich and poor countries are higher than income disparities. 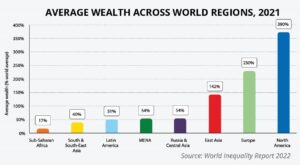 SubSaharan Africans, South and Southeast Asians, and Latin Americans own just 30-60% of the global average wealth. The Middle East and North Africa (MENA) and Russia & Central Asia own 54% and 142% of average wealth. Europe and North America stand tall at 230% and 390% respectively. It is often argued that poor countries are poor because they do not use their capital resources efficiently. However, the argument is incorrect. Poor countries are comparatively better off in utilizing capital resources but have very little capital to start with.

India was ruled by the Britishers for almost 200 years. Its income inequality was very high during 1858-1947, with a top 10% income share around 50%. Post independence, the five year plans contributed to reducing this share to 35-40%. Although, from the 1980s, the policies of liberalization and deregulation led to the most significant increase in income, but the top 1% has enjoyed the larger benefits. The growth among low and middle income groups has been relatively slow. 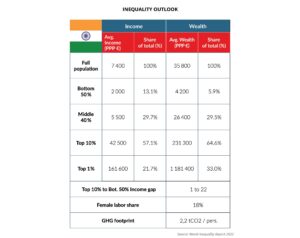 Over the last two decades, global inequalities between countries have declined but the income inequality has increased within most countries. The need is to address this burgeoning challenge of income and wealth inequality. It is not ‘feasible without significant redistribution of wealth and income inequality’, as argued by the author of the report.

Source: The report draws insights from “World Inequality Report (WIR) 2022” published by The World Inequality Lab, a research center at the Paris School of Economics on December 7, 2021. 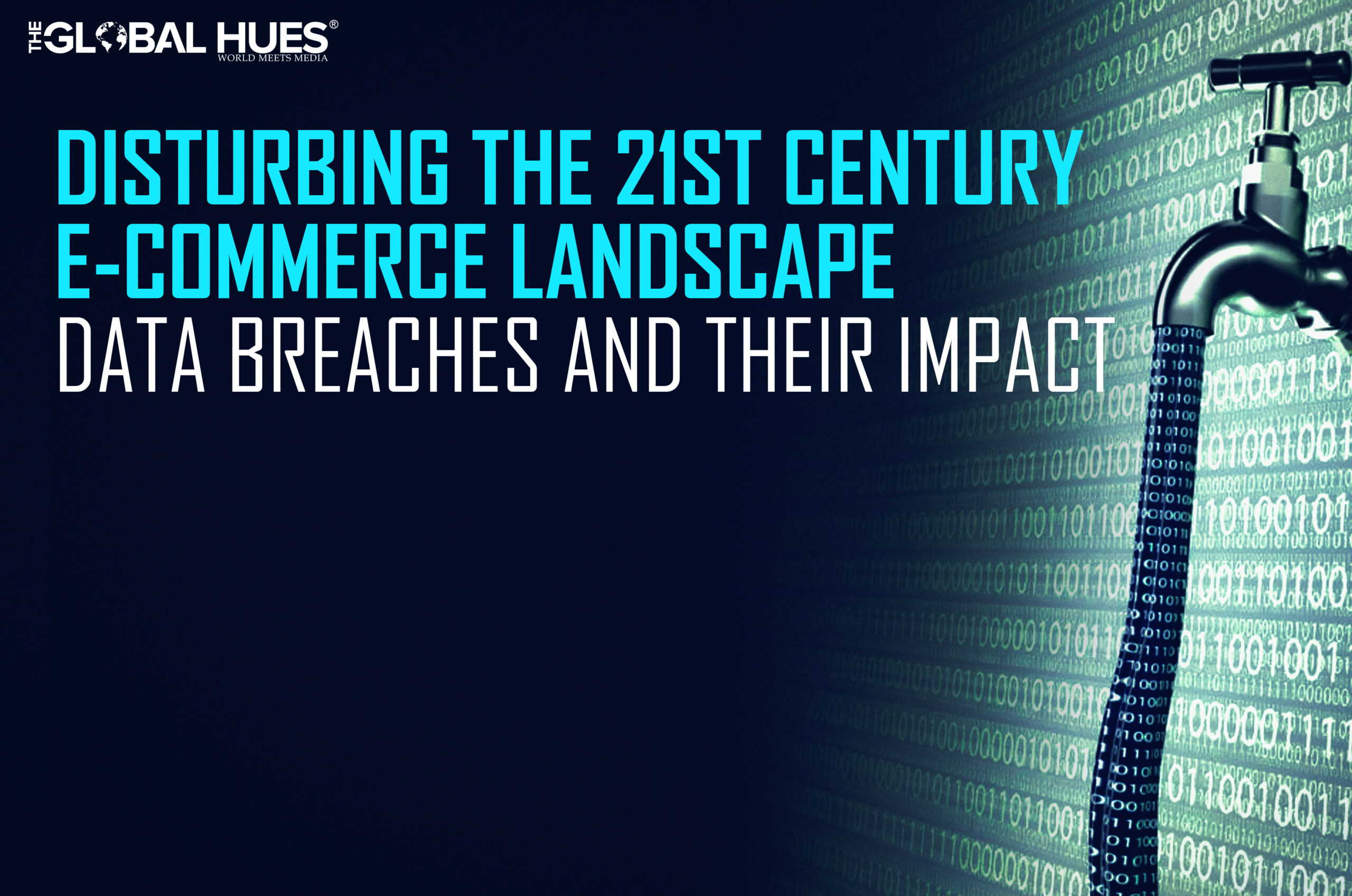 Data Breaches And Their Impact On Businesses 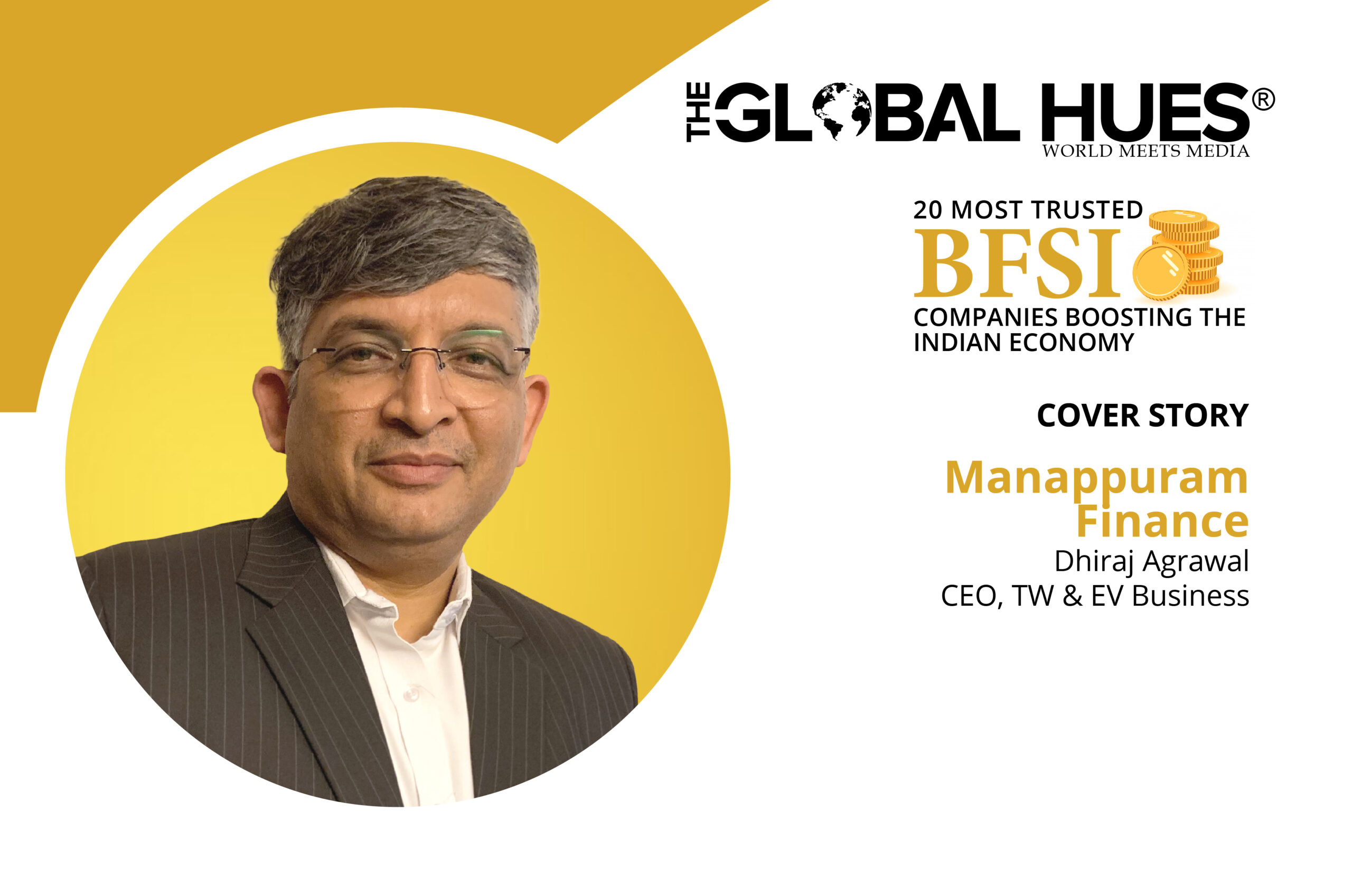 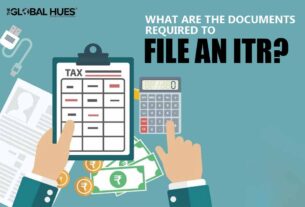 WHAT ARE THE DOCUMENTS REQUIRED TO FILE AN ITR?