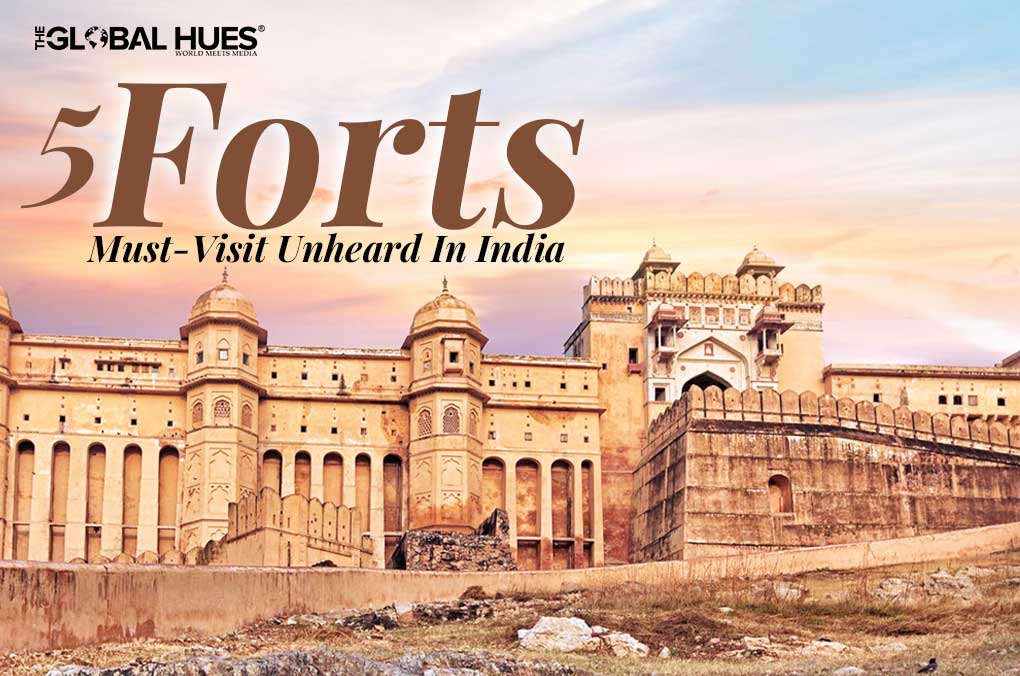 Standing tall as witnesses of wars, celebrations, and bloodshed, forts of India have great stories to tell. These towering monuments remind us of the colourful history of our country India. No matter what, a visit to these places can surely blow your mind.

So let’s not waste time and take you to the great forts of India: 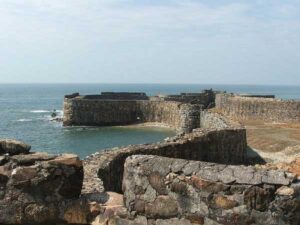 Situated 500 km south of Mumbai, Sidhudurg Fort is on an island off the coast of Malvan Town of Sidhudurg district in the Konkan region of Maharashtra. There are three temples on the fort namely Shri Bhavani Temple, Jari Mari Temple, and Shri Shiv Rajeshwar Temple. The fort also has a domical structure that houses the footprints and the hand impression of Chhatrapati Shivaji Maharaj. You can experience the taste of Malvani cuisine which includes Sol Kadhi, Dry fish, Kombadi Vade, Ghavane, Amboli, Appe, and many more. 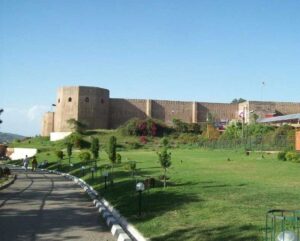 Believed to be constructed 3000 years ago, Bahu Fort stands strong against time to date. In the 19th century, the Dogra dynasty kings renovated and extended the fort. The fort houses a sacred temple dedicated to the goddess Kali. The statue of the goddess is made out of black stone and is placed on an approx 4 feet high platform. Another interesting thing about this fort is its garden, Bagh-e-Bahu. Built like a Mughal Garden, Bagh-e-Bahu surrounds itself with flowers of rare species.

Best Time To Visit: October To May

Constructed By: The Portuguese 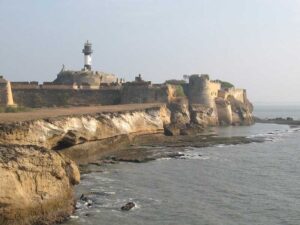 Diu Fort is one of the historical forts in India which is located at a distance of 2 kilometres from Diu Bus Station. Protected by sea on three sides, the outer wall of the fort was built along the coastline and the inner wall had bastions on which guns were mounted. From the fort, you can witness a spectacular view of Panikota Fort located in the sea, off the coast opposite to Diu Fort.

Constructed By: The Namgyal Rulers 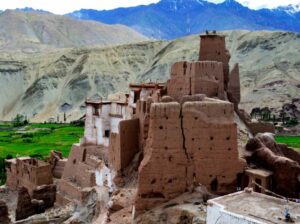 Popularly known as Buddhist Monastery today, Basgo Fort consists of Basgo Citadel and three temples—Chamba Lhakhan, Chan Chung, and Serzing Lhakhang. For all the Bollywood fans, the song ‘Satrangi Re’ from the movie ‘Dil Se’ was shot here, hence quite evidently a favourite spot of not only photographers but filmmakers as well. Basgo Monastery was also listed among the 100 most endangered heritage sites in 2000-2001 by World Monuments Fund. 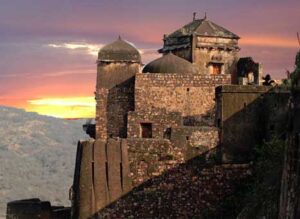 Characterized by tanks, temples, huge walls, and massive gates, Ranthambore Fort is famous for the historical legend of the royal women performing ‘jauhar’ (self-immolation) when Alauddin Khilji, a Muslim invader surrounded the fort with armed forces. Moreover, the fort includes many attractions like Mahadeo Chhatri, Sametonki Haveli, and Toran Dwar. The fort also has a presence of a mosque and a temple. You can also find Lord Ganesha’s temple inside the fort. 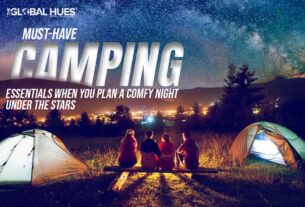 Adventure Sports You Should Try On Your Next Vacation