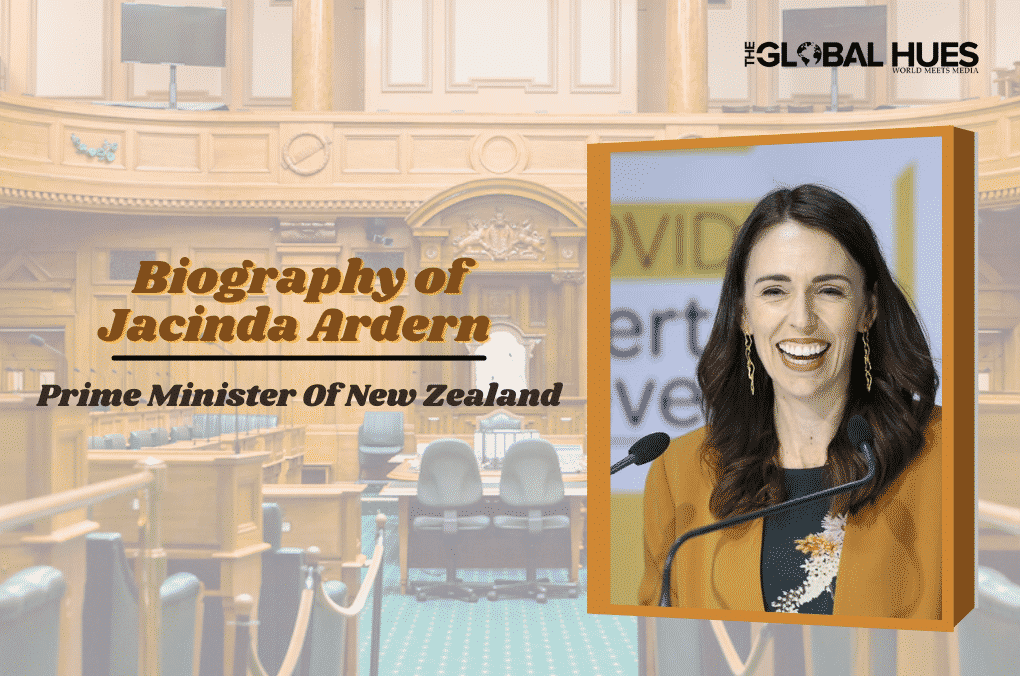 Jacinda Ardern is one of the most dedicated and zealous Prime Ministers of New Zealand. She gained fame by leading a struggling New Zealand Labour Party to a surprising victory in the 2017 parliamentary election. Her utter dedication and commitment to the upliftment of the nation helped her to earn the reputation of a ‘rock star’. It paved the way for her to become New Zealand’s youngest Prime Minister in more than 150 years at the age of 37. 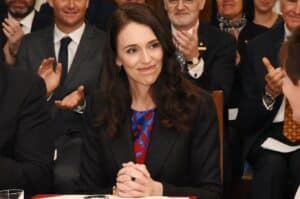 Jacinda took birth in Hamilton, New Zealand on July 26, 1980. She was born to a Mormon family and spent her first years in Murupara. Murupara is a small town where the young lady saw children roaming without shoes on their feet or anything to eat for lunch. This motivated her to enter into politics. Ardern attended her primary and high school in Morrinsville, southeast of Auckland. She then completed her matriculation from the University of Waikato in 1999.

CAMPAIGN TO ALLOW GIRLS TO WEAR PANTS AT SCHOOL

Jacinda has undoubtedly been born with a fighter’s spirit. Jacinda was a powerful teenage girl. The innocent face of a future no-nonsense leader gives us a gist of the power that she possesses within her. The 17-year-old girl argued with Morrinsville college authorities to change the school uniform, allowing girls to wear shorts. The uniform for girls was skirts and for boys’ shorts or pants were allowed. This reflects upon Ardern’s attitude to never accept inequality and settle for less. She has always been a woman who fights against injustice. 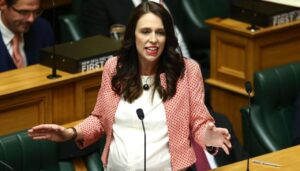 Jacinda once said that “EVERYTHING I HAVE EVER THOUGHT ABOUT DOING HAS BEEN, IN SOME SENSE, ABOUT HELPING PEOPLE.”

She has always abided by what she said and this can be evident if we take a look at her contribution to the nation’s upliftment through politics. She was only 17 years old when she joined the Labour Party. She became involved in the reelection campaign of Harry Duynhoven, a Labour member of Parliament in the New Plymouth district.

Jacinda worked in a variety of roles:

First, as an adviser in the office of then-Prime Minister Helen Clark, then in London for the Government Cabinet Office. She later worked as an assistant director in the department for business and enterprise and on a review of policing in England and Wales.

She gained a lot of experience by working as a senior policy advisor for British Prime Minister Tony Blair in the United Kingdom Cabinet Office in London. Her life took a major turn in the year 2007 when she became the second woman to become the president of the International Union of Socialist youth which is the world’s largest international political youth organization. Due to this responsibility, she spent time in various countries like Jordan, Israel, Algeria, and China.

She achieved another prolific achievement when she entered Parliament for the first time as a list MP representing the Labour Party. After almost a span of 10 years, she became the MP for Mt Albert in a by-election, and within a month she got elected as a deputy leader of the Labour Party.

After Andrew Little resigned from his post, Jacinda was elected as the leader of the Labour Party on 1st August 2017. Within two months, she was elected as the Prime Minister of New Zealand, becoming the third female to lead the country. 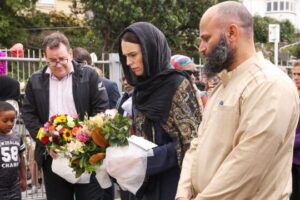 When the world was struggling with the outbreak of the coronavirus pandemic, Ardern already had planned out things. Ardern’s address to the general masses of New Zealand was very clear, straightforward, and compassionate. Her message inspired the residents to fight and forge ahead in bearing this difficult situation together.

Her powerful words on March 21, 2020, became popular around the globe. She reemphasized and said, “Please be strong, be kind, and unite against Covid-19.”

On March 19, 2020, Ardern closed New Zealand’s borders to foreign visitors due to the coronavirus pandemic. Then on March 21, 2020, Ardern delivered an eight minutes television statement to the nation focusing on a four-level Covid-19 alert system.

When New Zealand had only 52 confirmed Covid cases, the nation was set at alert level two under which restrictions were put on some travel. But unfortunately, cases grew up to 205 after four days, thereby necessitating the government to set the alert level at four which resulted in a nationwide lockdown.

Therefore, on March 23, 2020, Jacinda announced a nationwide lockdown, requiring all non-essential workers to stay at home. A national pool was organized in which her party got 80% public approval as of March 27. Gradually, the country started reporting a decline in the number of corona cases. On April 6, it reported only 56 cases and only one death since the pandemic started.

The Washington Post next day came up with a headline – “New Zealand isn’t just flattening the curve. It’s squashing it.”

On April 15, 2020, she announced that she and her cabinet will take a 20% pay cut for the next six months because of the coronavirus pandemic. Ardern’s leadership is a perfect example of what good leadership looks like especially during the pandemic period. Not all leaders are capable of handling the situations well but Jacinda came out strong and used her intelligence.

On January 19, 2023, Jacinda Ardern stepped down as Prime Minister of New Zealand. By saying, “I no longer had enough in the tank” to handle this huge responsibility, she announced her resignation at the party’s annual caucus meeting. After serving the country for five and a half years as a Prime Minister, the official term of Jacinda will be concluded on 7th February 2023.

During her resignation, she said, “I am human, politicians are human. We give all that we can for as long as we can. And then it’s time. And for me, it’s time”. She also mentioned, “We need a fresh set of shoulders for that challenge”. Therefore, it is time for a new and strong leader for the country who handles New Zealand even better.

A WOMAN OF UTTER DEDICATION

Having leadership and home responsibilities, Jacinda’s life has not been easy. She officially became the country’s leader around the same time when she got to know that she was pregnant with her first child. She found herself surrounded by a lot of questions like whether she felt a woman could have both a baby and a political career.

As it is said that results speak volumes, almost after three years, the question has become laughable as she got elected again in the Parliament. She gave birth to a child at 37 years of age and proved that women can do both with perfection. Jacinda knows her responsibilities very well and always tries to balance both, her personal as well as professional life.

THE HIGHS AND LOWS OF HER TERM IN OFFICE

We all know Jacinda Ardern has become an influential figure who is admired by all. There have been many highs and lows during her term in office so far.

BAN ON PLASTIC BAGS: The party under Ardern’s leadership is planning to gradually phase out single-use plastic bags across the country.

Jacinda wrote, “Every year in New Zealand we use hundreds of millions of single-use plastic bags- a mountain of bags, many of which end up polluting our precious coastal and marine environments and cause serious harm to all kinds of marine life, and all of this when there are viable alternatives for consumers and business.” 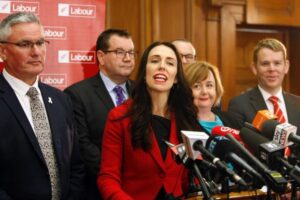 CHRISTCHURCH MASSACRE: A recent terrorist attack on two Christchurch mosques killed 51 people but Jacinda’s response to the attack gathered praise around the world. She became a household name in the Muslim world. Her face was painted onto buildings.

She said “We represent diversity, kindness, compassion. A home for those who share our values. Refuge for those who need it. And those values will not and cannot be shaken by this attack.”

SEXUAL AND DOMESTIC VIOLENCE LAWS: A new law was passed by the party allowing the victims of domestic violence to take 10 days of paid leave from work. The activists say that this will give people the time to move out and seek shelter for themselves without losing their jobs. The government also passed a law to make strangulation a separate offense.

PARTY’S SEX SCANDAL: Party’s image was questioned when a 19-year old member claimed that she was sexually assaulted by a staffer who works in the parliament house of New Zealand. What became surprising is the fact that the staffer was cleared of any wrongdoing by an internal labor investigation and no disciplinary action was taken.

Jacinda Ardern said, “I’m obviously incredibly frustrated, disappointed, and concerned about this situation and the competing advice I have received.”

She was also accused of not fulfilling some promises that she made during the elections. Some of the promises were reducing child poverty but despite this, she won the 2020 general elections with a 55% vote share. It was a landslide victory. Now that she has sought another term in power, we hope that her efforts can help to get the economy on its feet and lift thousands of people out of poverty. 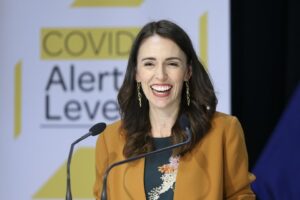 Jacinda’s creativity and work are admired all over the world. Jacinda’s leadership is helping New Zealand to fight with every possible struggle the country faces. Jacinda Ardern may not be the perfect woman to lead her country according to many critics but the way she is living up to the desires and wants of people is highly commendable.

The world needs more leaders like Jacinda Ardern because she is a woman everyone should be proud of. A social democrat, a supporter of gay rights, a feminist, and a true political leader, Jacinda Ardern is becoming an inspiration for millions of women around the entire globe. Ardern is setting the template for what leaders should work like. 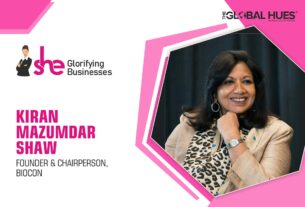 KIRAN MAZUMDAR SHAW: A BEACON OF LIGHT FOR THE ENTIRE WOMANKIND 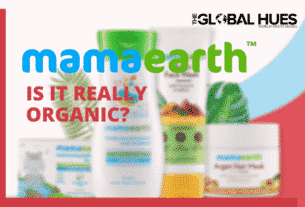 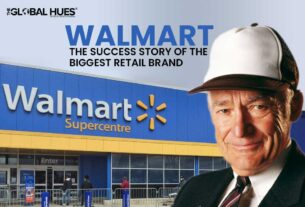 Walmart: The Success Story of The Biggest Retail Brand