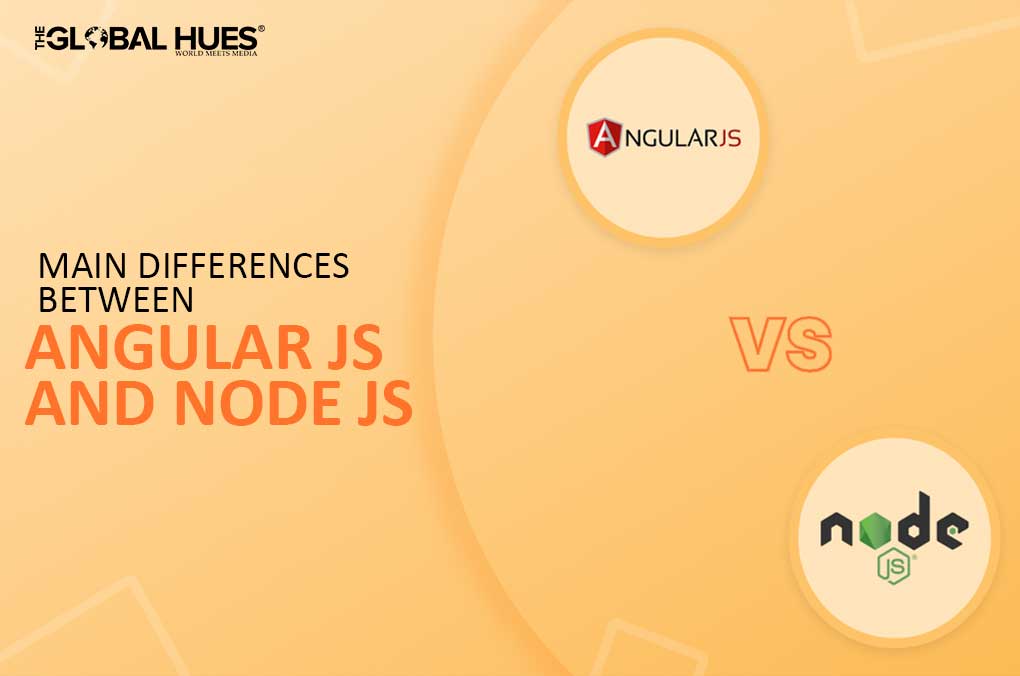 Angular JS and Node JS have extensively used Javascript open-source technologies. The AngularJS framework is used to create powerful client-side cross-platform web applications. If we talk about the NodeJS framework, it is used in the creation of server-side web applications.

Both of these platforms are unique in many ways, and each has its own areas of expertise. If you want to fully comprehend AngularJS and Node.JS and how they differ from one another, we are here to elaborate on all the pertinent facts about them. 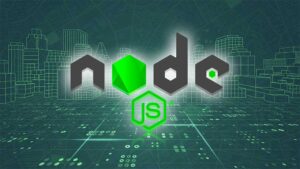 Based on the V8 JavaScript engine in Chrome, Node JS is a JavaScript runtime. Node JS operates on the server side, whereas pure JavaScript is a client-side language. It is used to create web applications that are scalable, quick, and powerful. It employs a non-blocking, event-driven IO approach. In other words, it employs non-blocking IO calls on a single thread. It can handle a lot of connections running at once. The scalability and speed of web applications with numerous IO operations are optimised by Node JS.

Angular JS is a front-end, client-side JavaScript framework. It, therefore, operates through the user’s web browser. Google built it and kept it up to date. It is employed to create robust single-page apps. Angular JS, often known as Angular 1, has several versions, with Angular 13 being the most recent. This recent version has the facilities like enabling or disabling validators dynamically, quick creation of dynamic components etc. 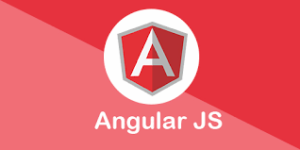 Numerous benefits are offered by Angular JS. It enables quick code generation and development. Additionally, it includes many other features, like routing, event management, validation, and animations. It streamlines the code and boosts output. Angular JS also supports unit testing.

The frameworks that each technology deals with make a significant difference. There are no additional frameworks linked with AngularJS because it is a JavaScript framework on its own. It does, however, have a robust standard library that offers a variety of unique extensions. Through this, developers can produce and exchange generic solutions for certain areas that can be applied to various applications.

Contrarily, NodeJS is supported by a variety of strong frameworks, including Sails.js, Partial.js, and Express.js, that are useful for a variety of applications. You can use a framework to work with a collection of rules and tools. Avoiding the need to develop a lot of repetitive code that might be utilised in other applications saves you time.

As a framework for building online applications, Google created AngularJS. AngularJS, in contrast to a few other JavaScript frameworks, is entirely written in JavaScript. Even the syntactic rules for JavaScript are followed.

Contrarily, NodeJS was created as a cross-platform runtime environment which is powered by Google’s V8 engine. C, JavaScript, and C++ were used in its creation.

By dividing an app into MVC components, almost all other frameworks typically incorporate MVC for quick and parallel development. One of the frameworks that allow two-way data binding and automatically maintains data synchronisation between the model and view components of a web application is Angular. 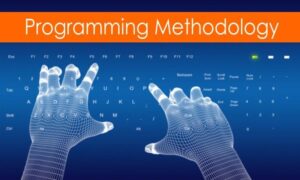 NodeJs could expand JavaScript’s capabilities beyond just making websites dynamic. This essentially means that you can learn just one language and use JavaScript for both the client and the server, reaping all of its advantages.

TypeScript is a superset of JavaScript and is mostly used by Angular JS. Because TypeScript is just JavaScript with some extra features, if you already know JavaScript, you don’t need to worry too much about learning a new language to utilise Angular. Hire dedicated Angular Developers who have a thorough understanding of scope, prototyping, and other JavaScript features.

Node.js is an open-source, Single Threaded Event Loop-based runtime environment for creating server-side applications. This indicates that rather than having several threads waiting for web requests to be processed, the requests are handled by a single thread that even shares resources.

The Model-View-Controller architecture, on which AngularJS is built, divides the layers into three sorts of objects: model, view, and controller, each of which performs a specific function. The controller manages interactions between the model and the view, while the model controls data processing, and the view manages the visual component.

Node.js makes use of non-blocking, event-driven I/O to create real-time, data-intensive applications that work well on distributed devices. Along with scripts written in other languages, it serves as an effective and quick web server for both server-side and client-side JavaScript. Real-time applications, like messaging apps, are constructed using it.

Large, single-page web apps are created with AngularJS, a JavaScript framework that uses HTML as the template language. Its potent scope mechanism enables you to increase HTML’s capabilities. It has an easy-to-use data binding technique that streamlines several procedures.

The MVC architectural pattern is supported by both NodeJS and AngularJS. However, the two JavaScript-based technologies have many features that vary from one another. HTML may be used by programmers as a template language, thanks to AngularJS.

However, NodeJS, a server-side framework, offers a wide range of functionality needed by programmers to create networking and server-side applications. The functionalities offered by NodeJS can be used by developers to streamline the creation of single-page websites, websites with video streaming capabilities, and other I/O-intensive online applications.

Additionally, NodeJS greatly accelerates code execution while enabling programmers to leverage asynchronous APIs and event mechanisms with the capability to perform end-to-end task without disturbance. Even without buffering, developers can utilise NodeJS to create web applications that provide data in bits and parts.

Single-page applications are created using the front-end web framework AngularJS, which is free and open-source. This means that AngularJS, along with HTML and CSS, is responsible for creating the user interface of an application that you see on a web page. For nine years after its first release, Google continues to develop and maintain it.

Built on the JavaScript Engine found in Google Chrome, NodeJS is a runtime environment (V8 Engine). The best technology for creating server-side, data-intensive, scalable web programs is Node.js. The ability to use the same language for both their front-end and back-end needs with NodeJS helps developers keep a consistent code pattern throughout. This is one of the main advantages that NodeJS developers appreciate.

Google has supported AngularJS since its debut in 2016. AngularJS has a sizable development community, with 34.9K Stack share followers. In their various online and application development projects, Angular is used by more than 1.5 billion active monthly users. Many well-known companies, including Forbes, PayPal, Samsung, Deutsche Bank, and others, have adopted Angular in their house projects.

Which is more user-friendly?

Now, here is a question that is both intriguing and simple. Let’s take our time and have a thorough explanation before moving on. The Front-end, Back-end (Server), and Database are the three main components of a functioning website. While NodeJS exclusively plays on the server side of a website, AngularJS executes all of its operations in the front-end areas. Additionally, both of these technologies work together to ensure the success of a website.

The answer to your query is that working with AngularJS is much simpler than working with NodeJS. The activities and work necessary to display your data on a website’s front end are all simply accomplished. However, working on the server requires you to work with connections and logic, which is more challenging than simply displaying stuff.

After thoroughly comprehending the fundamentals and essential distinctions, you are now certain that the answer to this question relies on the project you will be working on. Before choosing the best tool for your project, you must also consider a number of additional factors.

Before choosing the best tool, developers must consider all of the advantages that both have to offer. Angular.js is the ideal option if you want to build a client-side, very active, and interactive web application. Node.js is the best option if you need to build a server-side, data-intensive, real-time application that can run in a cross-functional context.

Both AngularJS and NodeJS are open-source projects, and their major goal is to leverage JavaScript to streamline the development of online applications. Their working models and architecture are very diverse. At the same time, both offer a wide range of capabilities that can be used to build various applications.

While Node JS is a server-side language that offers a runtime environment for apps that are genuinely real-time data-intensive, Angular JS is suited for single-page apps that happen to be interactive and dynamic in nature, such as instant messaging and chat applications. Both are widely used in numerous different kinds of applications, but despite their many variances, they share one thing: JavaScript.

One must take the application requirements into account when choosing between Angular JS and Node JS. While Node JS requires a runtime environment, Angular JS is an application that runs in the client’s web browser. Within each of their respective fields, both seem to be intriguing and promising options. 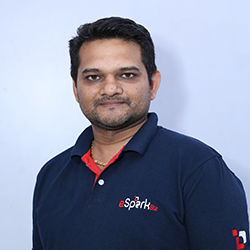 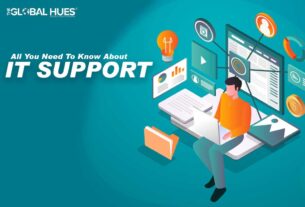 All You Need To Know About IT Support 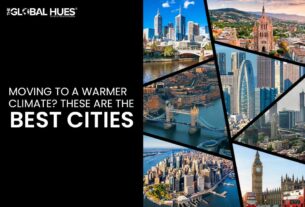 Moving to a Warmer Climate? These are the Best Cities