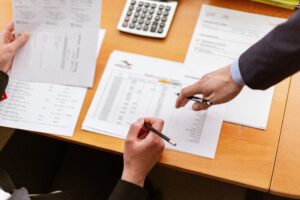 Have you ever dreamt of opening your own business? While sitting in a famous store outlet, have you wished of opening a similar outlet?

Your answer exists in Franchise. Here’s everything that you need to know about it.

What is a Franchise?

Franchising refers to a practice of creating and distributing the brand. Commonly, there are two types of franchising relationships.

It is franchising in which the franchisor provides an entire system of operating the business with a trading name, products, and services to the franchise. Some of the services include site selection for new business, marketing tools, ongoing training, product personnel, and financing. It may also include providing company newsletters, seminars, workshops, toll-free numbers, and websites.

Also referred to as product/trade name franchise, the franchise in this type of format, manufactures and supplies products to the franchisor. This type of model is seen in the gasoline, automotive, and other manufacturing industries. Putting it in simple words, this format focuses on a product the franchise owns.

HOW DOES A FRANCHISE own PROFIT?

Although the franchisor earns income from goods and services that is not the sole source of profit generation. They also earn from franchise fees and royalties i.e. the ongoing fees that franchisees pay to the franchisor regularly. There are many maximizing strategies like investing in a strong start for new franchises and offering influential programs for struggling franchises. It is also necessary to communicate with franchises and do difficult conversations if needed.

Some of the biggest and most profitable franchises are given below. 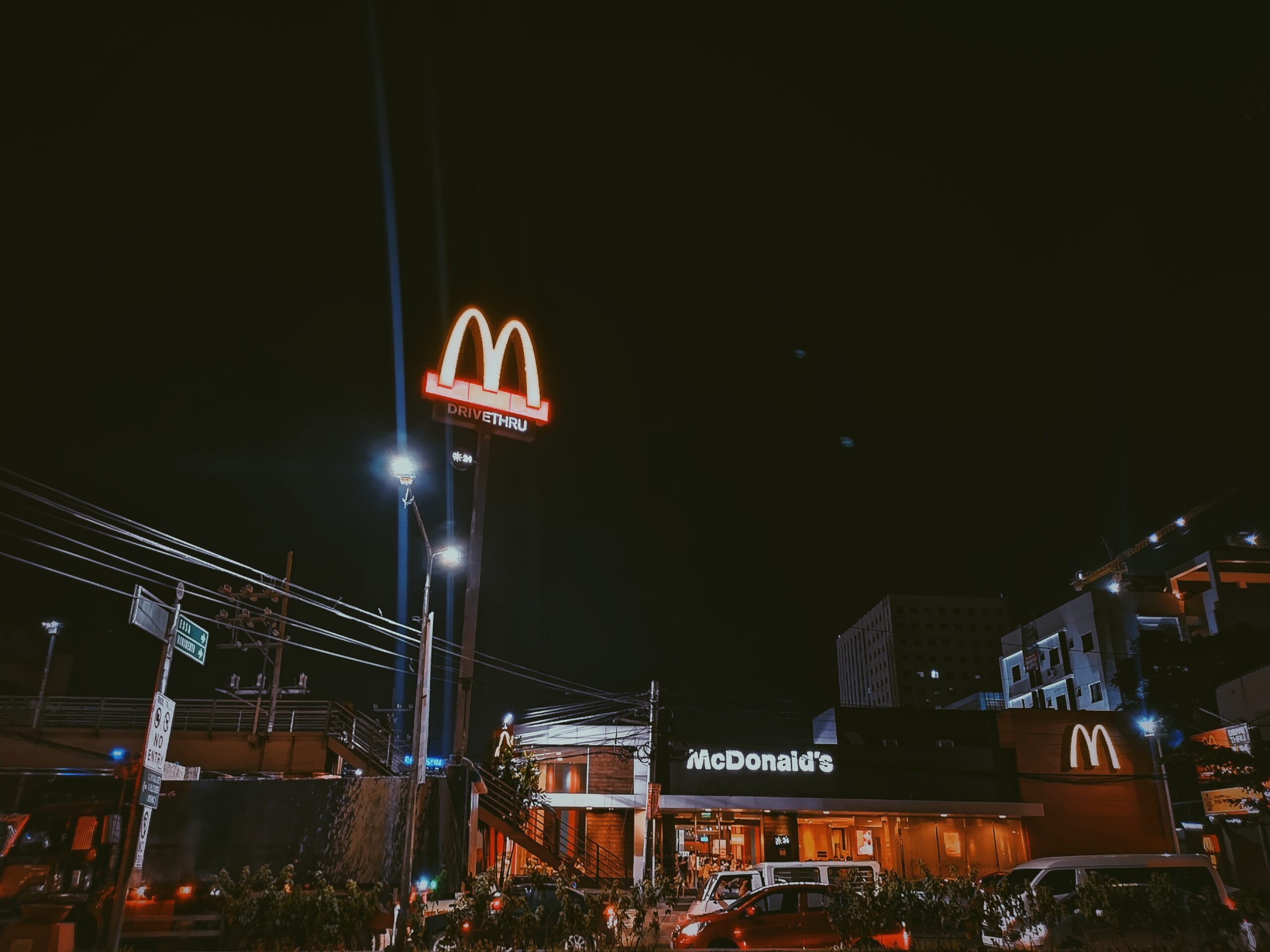 One of the bright and famous franchises in the world is McDonald’s. With the increasing cut-throat competition in the fast-food space, McDonald’s has continued to operate and generate higher profits even under immense pressure. It has a total of 30,000 outlets globally which highlights the fact that it is the most profitable franchise in the world.

The corporation founded in 1940 in America is getting bigger than Burger King and KFC.  According to the latest reports, 93% of total capacity are franchises but it is still below McDonald’s long-term goal of 95%.

The reason behind it being the world’s largest franchises is that it remains committed to growth, continuing its deployment of three growth accelerators. 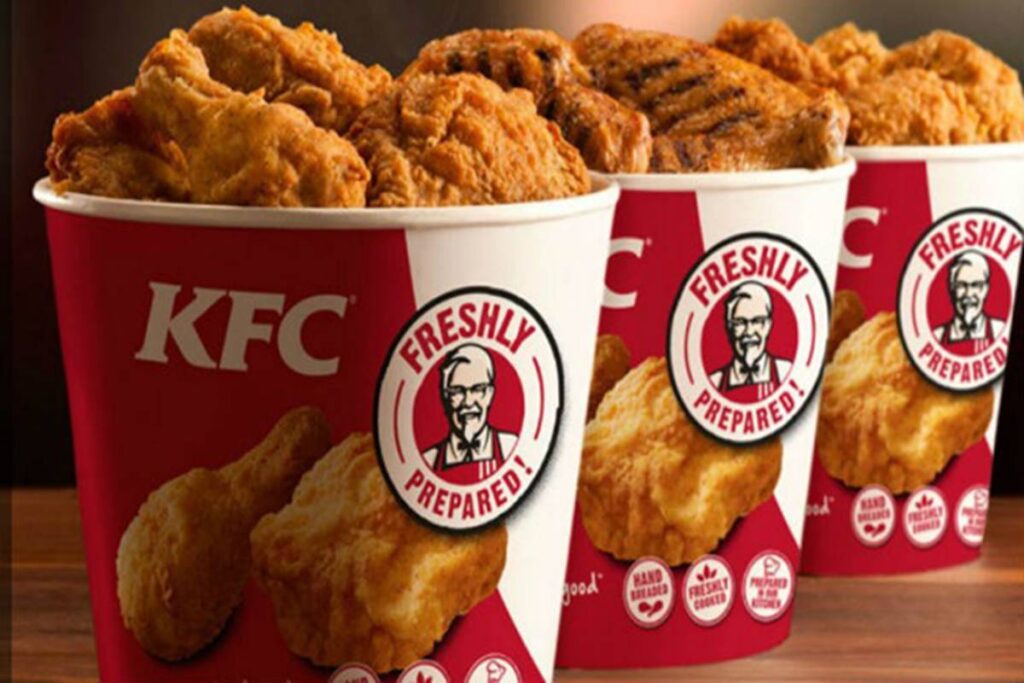 Another fast-food brand that is becoming a popular franchise is Kentucky Fried Chicken. It has more than 19,500 units in more than 115 countries and territories that make it the second-largest restaurant chain in the world after McDonald’s.

The franchise is growing day by day and is serving almost 12 million consumers in a day. Its menu has evolved from the Original Recipe of fried chicken i.e. using 11 herbs and spices. KFC is also famous for its side dishes that include grilled chicken, chicken strips, chicken sandwiches, desserts, and hot wings. 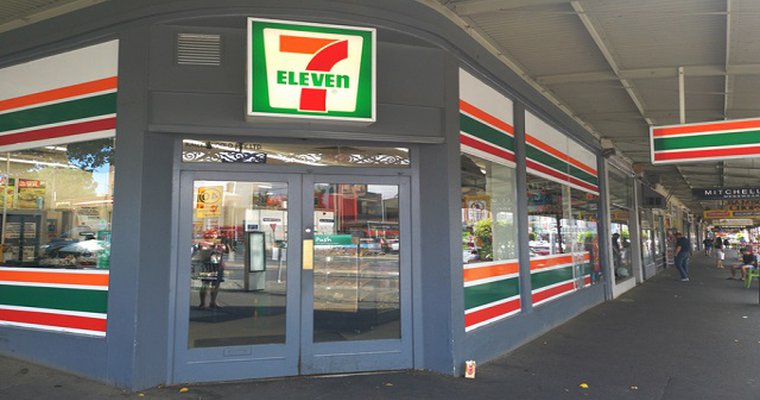 Popularly known for being the first company to provide to-go coffee cups, soda fountain, 7 Eleven is another most profitable franchises in the world. They operate for 24 hours a day and coined the phrase “BrainFreeze” in honor of the world’s favorite frozen drink.

At present, it has 60,000 stores located around the globe. In the United States alone, it has over 8,000 retail stores through which the company earns a larger chunk of money. 7 Eleven since its foundation has been on the forefront to meet customer satisfaction with satisfaction-inspired innovations. 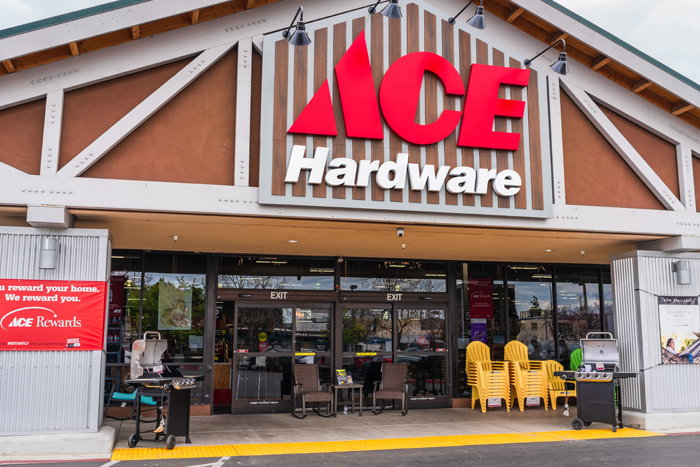 Founded in 1924, Ace Hardware is a small group of Chicago hardware store owners. With over 5,000 stores around the world, it is expanding rapidly.

Ace stores offer a wide variety of paint, lawn, garden tools, and other local niche services. Ace hardware is a perfect choice if you want to get anything repaired, fixed, or maintained at your home. The company generates over $4 billion in revenue annually, continuing with its position of being the world’s largest home improvement franchise. 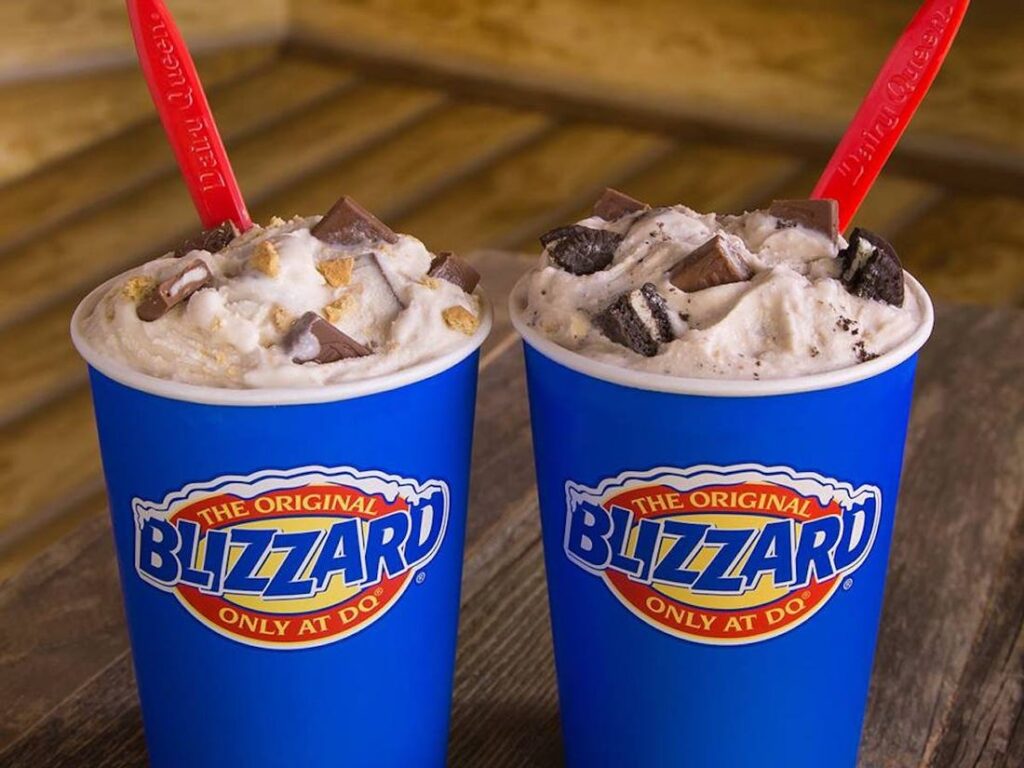 Another most profitable franchise on the list is Dairy Queen. It is an American multinational chain of soft-serve ice cream and fast-food restaurants. Dairy Queen operates 5000 franchises in the United States alone. There are a few thousand franchises in the international market as well.

DQ is now known for its delicious toppings like cookies and brownies that are mixed into ice cream for a unique and amazing flavor. 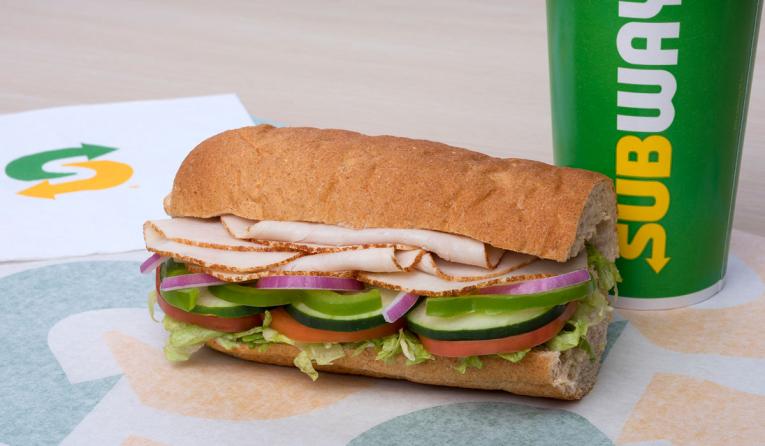 Operating currently in more than 100 countries, Subway is a name that everybody knows about. It is the world’s largest sandwich chain that is spreading to many areas in the international arena.

The subway became famous because of its submarine sandwich (also known as a hoagie, a hero sandwich) that is made by filling a split Italian roll with various slices of meats, cheeses, vegetables, and condiments. Subway has a revenue generation of $400,000 annually. 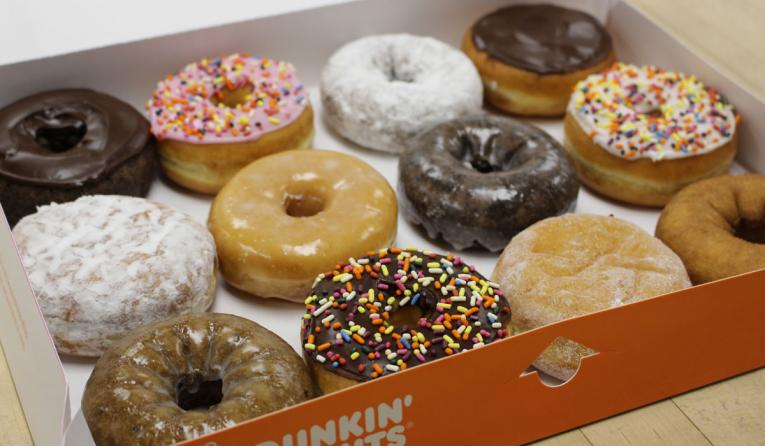 What makes Dunkin Donuts unique is the fact that this brand still uses the original coffee blend recipe established by its founder. It serves approximately 2 billion cups of hot and iced coffee every year around the world. This characteristic of Dunkin Donuts makes it one of the most profitable franchises in the world.

Dunkin donuts is currently operating in 36 countries with 12,000 locations all around the world. A perfect stop for those craving for sandwiches, iced and hot tea, frozen beverages, and delicious baked food. It generates a total of over $1 billion in revenue annually. 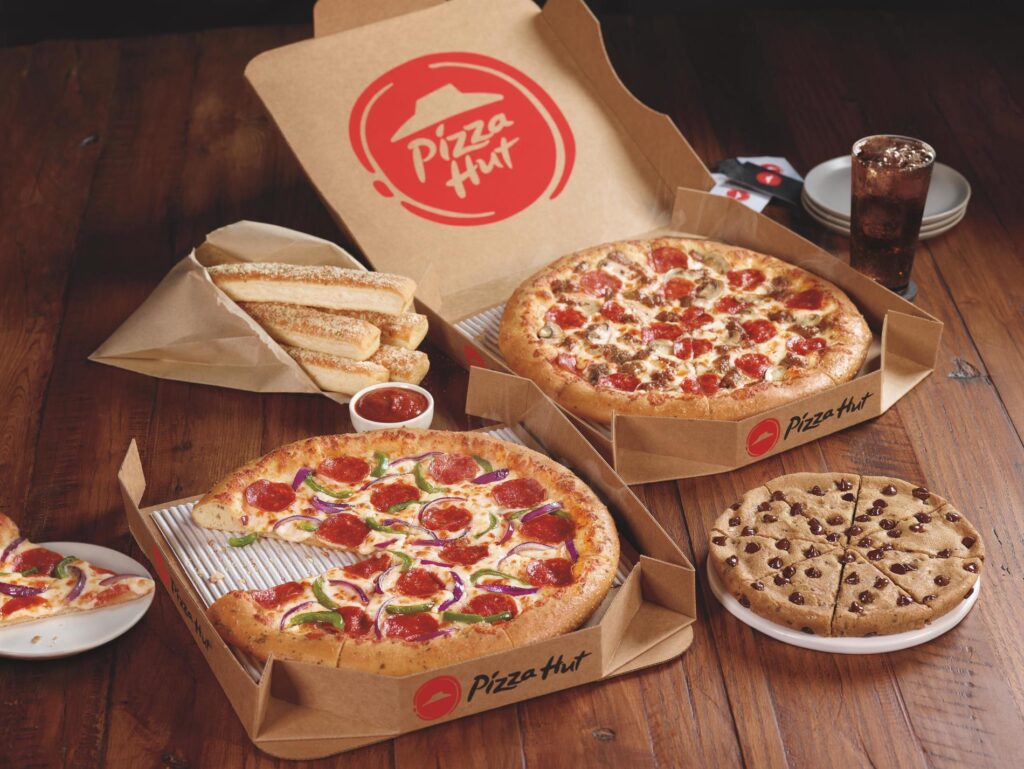 With over 125 United States Franchises and 6300 US restaurants, Pizza Hut is also one of the most profitable franchises in the world. Considered to be one of the most loved pizza brands, it opened in 1958 in Wichita, Kansa by two brothers Dan and Frank Carney.

It is a subsidiary of PepsiCo and oversees more than 11,000 pizza restaurants and delivery outlets in 90 countries. Pizza hut continues to grow oversees by building a trusted reputation and a strong support structure.

Anytime Fitness is an American gym franchise. It was co-founded by Dave Mortensen and Chuck Runyon in 2002. Running with a USP of providing a warm, friendly workout environment and 24-hour access, 365 days a year, Anytime Fitness is turning into the fastest growing franchise at the international level.

The company has more than 3800 franchises in over 30 countries and has a strong presence in European countries. The customers who get themselves associated with this company has to pay no extra cost to visit thousands of their franchise established worldwide.

Hertz Corporation is a subsidiary of Hertz Global Holdings Inc. and is the world’s largest car rental company. The company has approximately 10,200 corporate and franchise locations in different parts of the globe.

It has established itself as one of the most profitable franchises in the world because it manages an asset portfolio valued at over $20 billion. It successfully generates revenue of $8 billion annually. 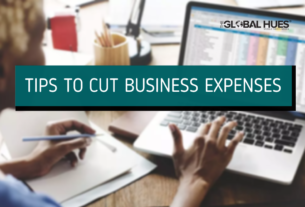 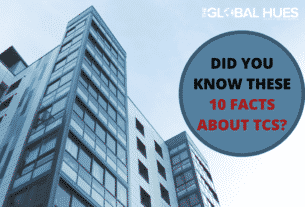