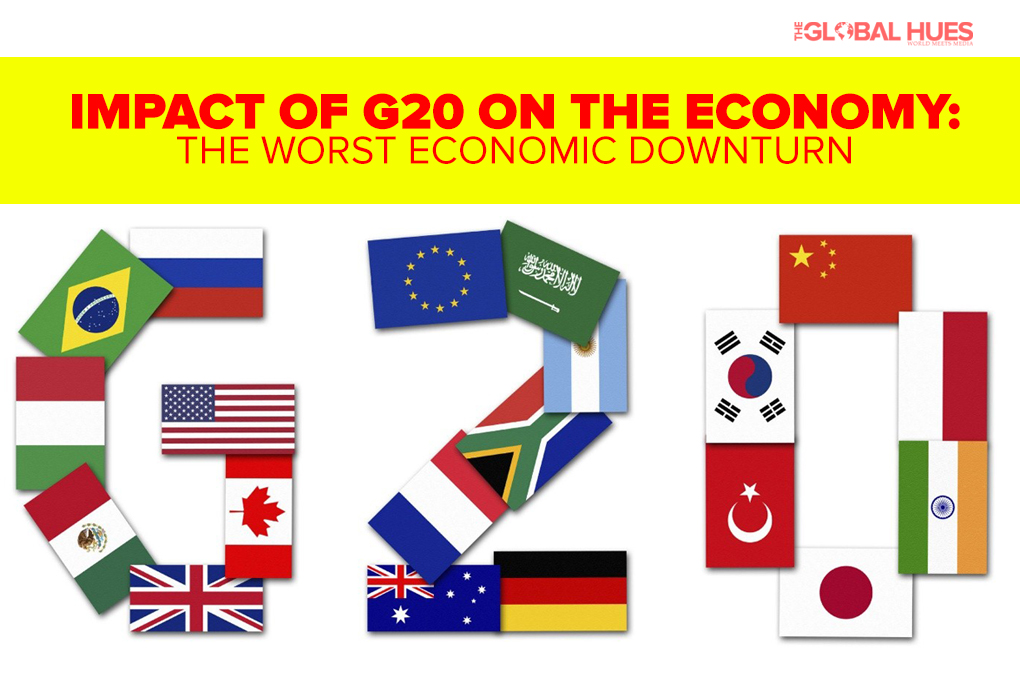 G20 was established in 1999 to promote financial stability internationally, comprising of global leaders, think tanks, and businesses around the globe’s major economies. The countries included in G20 altogether form a Major portion of global GDP (85 percent), global trade (80 percent), and the global population (75 percent). A single action by G20 impacts businesses and finance around the globe.

2020 turned out to be the worst economic downturn, increasing responsibilities of G20 to tackle the situation, to ensure the financial condition of its member countries doesn’t cripple.

Looking at the unpredicted situation that has fallen upon the nations, it has become extremely hard to analyze the right policies that will carry the nations forward. So what is the alternative? Can nations afford to wait on the side-lines while the countries will be eaten down by the termites of the Economy? The institutions, businesses, and vendors are already out of the lines, handling losses. Most of the countries undergoing the worst of scenarios are among the G20 forum.

The major global economic fall was noticed to be 6.3% in the year 2020 till April. It has been falling since then. The great lockdown leads to an economic depression. This is even worse than the Global Financial Crisis and the great depression. However, the need of the hour justifies the measures taken by the nations. Economists and experts are assuming the economy to rebound as the nations return back to a normal pace. The steep graph still remains uncertain.

The fall in Economy is seen first time in emerging markets, developing economies, and advanced economies together after the Great Depression. The year 2021 is expected to be a ray of hope in the finance sector.

Why was G20 established? 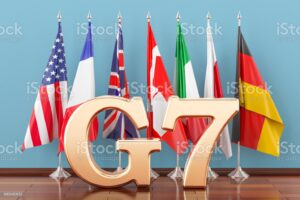 During a G7 summit in Cologne, in June 1999, It was suggested by the Finance Ministers to form G20 in order to strengthen financial architecture globally. In December 1999, G20 was established as a regular forum for the Governors of the central bank and the Finance Ministers. The valor of G20 extended even more during the G20 summit in Washington in November 2008, where the heads of state and government met for the first time, to deal with the financial and economic crisis on a global level. Since then, it is a key forum to discuss issues concerning international currency and financial policies for all the emerging countries and important industries.

G20 binds the world’s emerging as well as advanced economies together. A huge chunk of global GDP, trade, and population comes under its umbrella.

The main objective of G20

Roles and Responsibilities of G20

G20 forum allows the World leaders to support developing countries and partially low-income countries in the implementation of policies driven by them nationally, to establish internationally agreed development goals, particularly the Millennium Development Goals (MDGs), and reaffirm their standstill commitment.

In order to support growth and development, G20 ensures policy coherence, analysis, and practical tools. This helps in amplifying efforts of development on the international agenda and helps G20 to target developing countries for their cooperation. The forum altogether provides plenty of opportunities and an inclusive society to all its members. A pool for many new recruitment and employment opportunities is generated via the work of G20 on human resources.

G20 also plays an important role in Low-Income Developing Countries (LIDCs) promoting growth and development. Ensuring global growth is the main agenda, along with managing and avoiding any financial crises, and supporting global opportunities. The sustainable development agenda of 2030 sets an ambitious, transformative, and universal agenda for sustainable development efforts. G20 keeps on contributing to implement and maximize its impacts collectively. 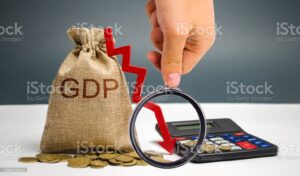 90 percent of the COVID-19 cases and 88 percent of deaths have been noticed in G20 countries, pressing more on proactive talks and a collective approach to solve the global economic downturn, along with the fight against pandemic Covid-19. It is assumed that the economic downturn will ease in the year 2021. A more humane touch is now a necessary requirement. Extra efforts and a keen focus are required to fulfill the dream of a virus-free world. The circumstances are worrying. The GDP is falling in most countries. Present-day challenges can only be tackled by creating a more effective system, a “reformed multilateralism”.

“The human costs of the Coronavirus pandemic are already immeasurable and all countries need to work together to protect people and limit economic damage.” 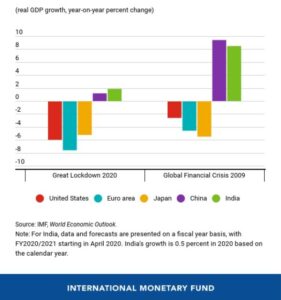 The major theme of the meeting was “Moment of Solidarity” organized by G20 Finance Ministers and Central Bank Governors. The poorer nations need support more than ever. G20 has the power as well as the responsibility to hold nations strong together. The pandemic is still on the loose globally. The major drawback seen is the increased rate of unemployment. Markets are crashing, shaking the bones on which nations strive and survive.

Now, needing support more than ever. The unemployment is further expected to increase in the coming months. Jobs creators are in debt. Banks are crumbling. The whole system is losing its basic pillars. The situation is worsening. It is worrying, assuming that now 2021 carries the burden of an unpredicted situation. One can only wish for the best outcomes, the rise in the Economy, and an upward strike.

In the most recent digital meeting held by Mr. Gurria in order to discuss the ‘Global Marshal Plan’, the nations were urged to follow certain steps immediately.

They include the following:

All these measures were specifically taken to boost the economies, to overcome the depression, and to keep nations running. It is like an inoculation towards upliftment.

But here we leave you with a question that is important to address, What about the increasing risk of infection, death, and spread of pandemic even further? Aren’t we compromising the health of the public to keep the world standing upon the pillars of financial stability? What is more important, maintaining the economy or savings lives? Do we even have a choice anymore?

If these questions don’t bother you even now, then what will??? Be it on a Global or on a Personal level, we all are a part of this system. We all are undergoing this depression together. A well-informed opinion, knowledge, and alternatives about the economy are in dire need.

The need of the hour is a fierce and integral G20, a comprehensive and collective endeavor for the institution to survive. 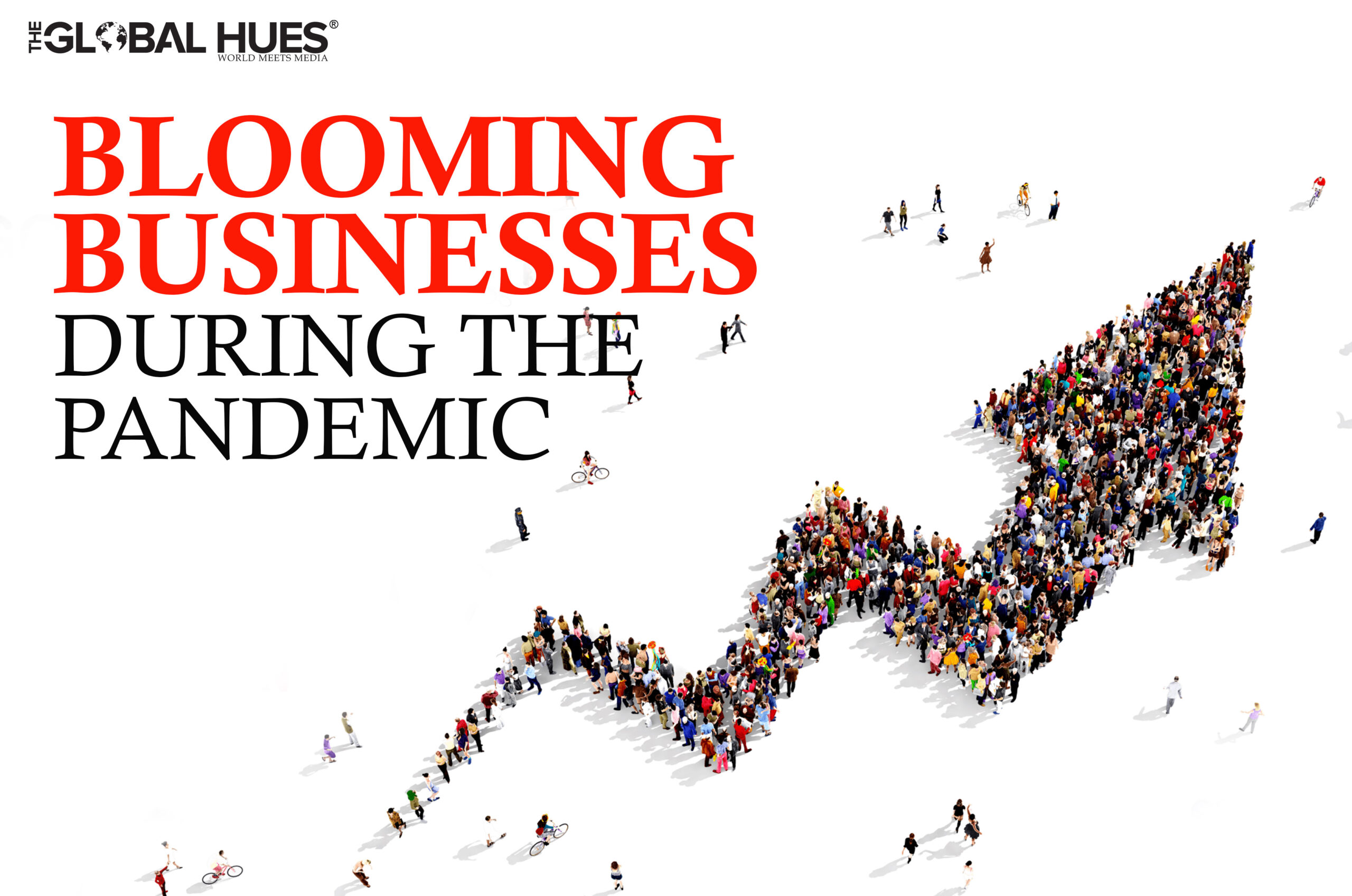 Blooming Businesses During the Pandemic in 2021 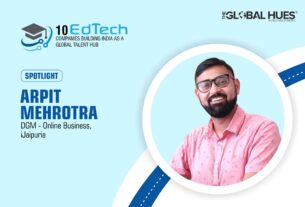 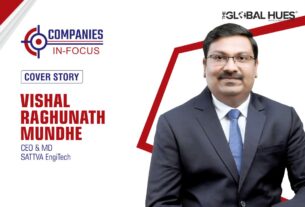 2 thoughts on “Impact of G20 on Economy: Worst Economic Downturn”