Warren Buffett born on August 20, 1930, is one of the most successful investors of all time and is also known as the “oracle of Omaha”. He was an extraordinary child born to mother Leila and father Howard who is now listed among the top 10 richest billionaires of the world.

The success story of Warren Buffett is worth reading. Let’s take a look at the journey of an investor who developed a keen interest in business and money at a very early age.

When other children were busy playing games in the streets, little Buffett was busy analyzing his business skills. When he was six years old, he bought six packs of coca-cola cans from his grandfather’s grocery shop and decided to resell each pack. He earned a profit of five per cent by experimenting with his business mind.

At the age of 11, the young Warren wanted to explore more into the business world so, he decided to purchase three shares of Cities Service Preferred at $38 per share. He bought the shares for himself and his older sister. He sold his shares at $40 but the market later shot up to $200 share value. This incident taught him a lot about the business world.

Warren Buffett started running his own business as a paperboy at the age of 13 and filed his first tax return. He learned another business lesson when he with his friend purchased a used pinball machine for $25. He was in high school at that time but installed a barbershop to earn profits. The purchase of a pinball machine incurred high profits encouraging him to buy more machines. He set up machines at three different places and later sold his business for $1200.

He went to the University of Pennsylvania to study business. In 1951, he did his master’s degree in Economics from the University of Columbia. He was taught by famed investors like Benjamin Graham and David Dodd. He learned a lot from both the professors.

Buffett was a brilliant student of Graham. He used to always score an A+ grade in his classes. However, Graham did not want him to work at Wall Street after the completion of graduation. Later, Warren offered to work for Graham’s partnership for free but Graham advised him not to do so.

Warren came home and found a job at his father’s brokerage. He started seeing Susie Thompson and both of them got married. During these years, his investments were very limited to Texaco station and he finally decided to teach lessons at the University of California at night. But good days came fortunately when his professor, Graham finally called him up to work with him.

DIFFERENCES IN GRAHAM AND BUFFETT PHILOSOPHIES

Although, Buffett started working with Graham differences emerged between their philosophies. Graham was just interested in the company’s numbers while Buffett always analyzed the company’s management to decide for future investments.

His business was growing and his life became prosperous and happy when he purchased a house. In 1962, Buffett’s partnerships earned a profit of 251.0%. He had an excess of $7.2 million of which $1 million was his personal stake.

Once, he used to have more than 90 partners in the United States. He combined all the partnerships into one single entity known as Buffett Partnerships Limited. He then opened an office in Kiewit Plaza, Farnam Street.

In 1962, Buffett and Charlie Munger (a man introduced by mutual friends) entered into a business collaboration that was going to last for the next 40 years. After ten years of its founding, assets of Buffett Partnerships rose more than 1.156%.

When the firm was in its growing stage, the world was witnessing the Vietnam War. At that time, the stock market was driven up by those who hadn’t been around during the depression. The partnership recorded a 59% gain accounting for $104 million in assets.

Buffett, in May 1969, liquidated the partnership. The shares of Berkshire were distributed among its partners. Later, he announced that he would be involved in the business in some capacity.

The company was shrinking because of bad management. That’s when Buffett made Ken Chace president of the company and gave him complete autonomy of the company. Buffett consigned a loan of $18000 for his new president to purchase 1000 shares of the company’s stock.

Buffett once offered to buy the whole company on the spot but that cost him $8.6 million. In 1970, he became the chairman of the Board of Berkshire Hathaway. A year later, he was offered to buy See’s Candy Company. It was the biggest investment that Buffett had ever made.

Warren’s life was devastated when his wife, Susan Buffett left him. Although she remained married to Warren but decided to live on her own. This phase was very difficult for him but he soon recovered and became habitual to new arrangements. Susie set Warren up with Astrid Menks and they soon started living together with Susie’s blessings.

NET WORTH OF WARREN BUFFETT

The fifth richest billionaire in the world, Warren Buffett’s net worth is $110.4 Billion (as of May 2022). Today, his company Berkshire Hathaway is a $705 billion dollar market cap company, with a single share stock (Class A shares) trading at more than $481,000 as of 5th May 2022. The company has also recently invested in many large and well-known companies. 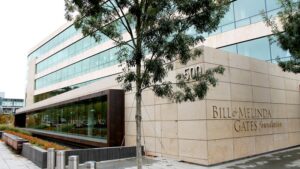 However, even after the donation, he will still hold 248, 734 Class A shares of Berkshire Hathaway. Although, he is often accused of making these donations so that he can accumulate beneficial tax considerations but he revealed his tax benefits for all of his philanthropic activities.

The “Oracle of Omaha” has become a well-known businessman and one of the richest billionaires because of his keen interest in the business world. He is also known for launching the “Giving Pledge” to encourage billionaires to donate their fortune for charitable purposes. 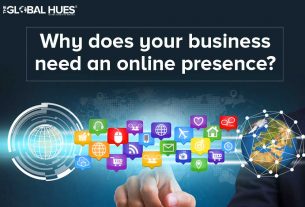 WHY DOES YOUR BUSINESS NEED AN ONLINE PRESENCE?

3 thoughts on “Warren Buffett: Success Story of the Most Admirable Investor of the World”