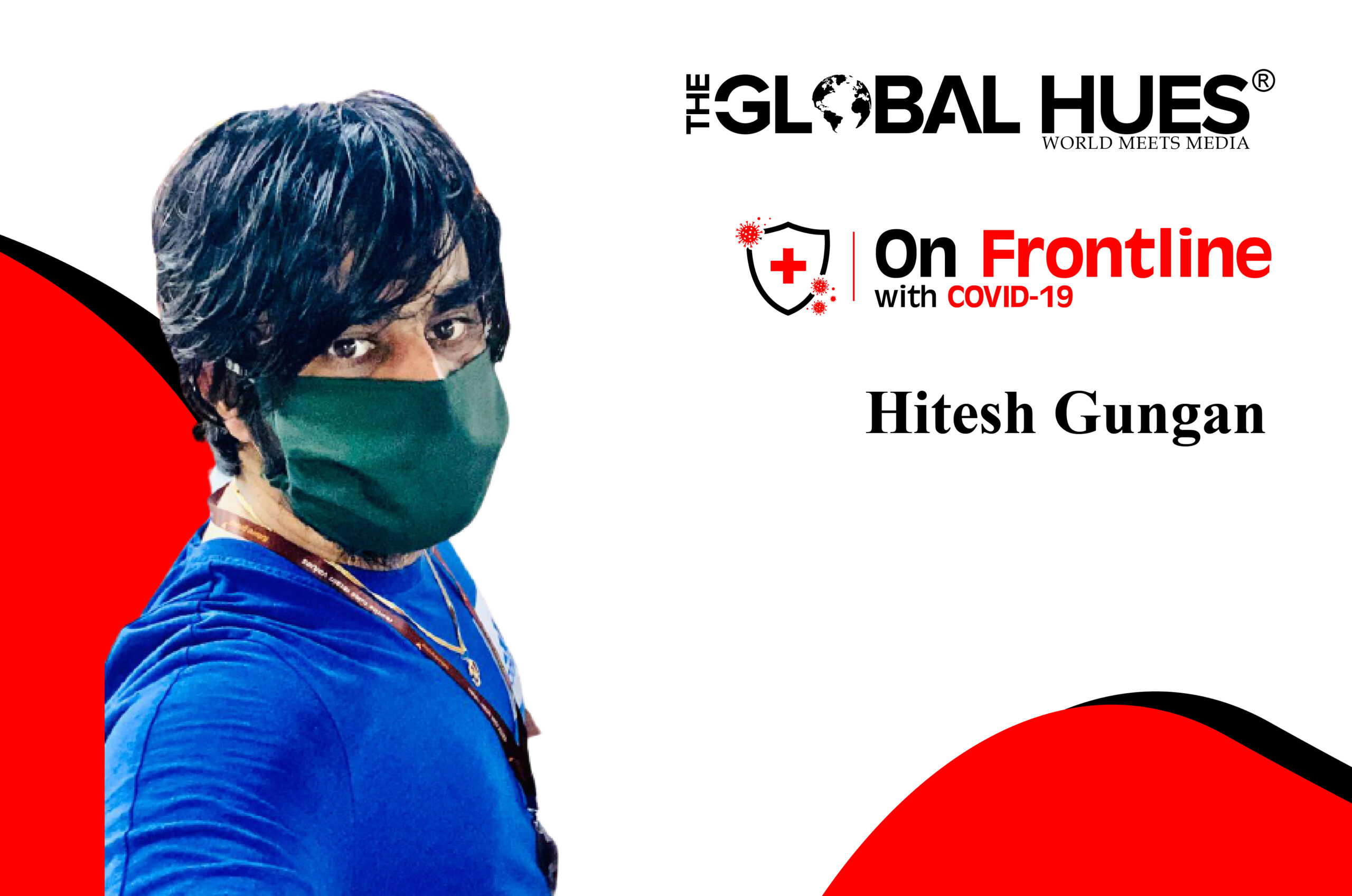 Hitesh Gungan, a 32-year-old entrepreneur from Indore, turned into a real-life superhero for the distressed and helpless families of Indore as the country went under an impulsive lockdown on 24th March. A panic button was triggered across the nation as every state, every district and every village went under a complete lockdown for the next 21 days as a preventive measure against the spread of the COVID-19 pandemic in India. Panic buying and hoarding through online stores lead to the unavailability of slots & the crashing of websites. These buyers included families with young kids and the elderly whose medical and dietary requirements could not be entertained casually.

Hitesh found himself unable to accept the growing misery of families around him and decided to take action. This MBA graduate decided to offer his philanthropic services of delivering essential items to people, completely free of any delivery charges. As a retailer, he could easily get hold of a curfew pass. While on one hand people across the country were confined in their homes, covid warriors like Hitesh chose to be on the frontline with selfless determination and deserve to be hailed as our heroes in these exigent times. Risking the deadly virus, he started delivering items like medicines, groceries & even birthday cakes for that matter, through his own vehicle across Indore and aided around 700 families in need.

Being in the retail sector, Hitesh received numerous calls from friends & acquaintances complaining about online delivery websites crashing. Moreover, there was no guarantee of the deliveries due to staff shortage issues. At this time Indore had bred around 11 containment zones. The chaos and panic among people perturbed Hitesh & his wife to a point where they decided to take action. As on the night of the 27th, he created a WhatsApp group of more than 150 people ( who had contacted him for assistance ) and asked them to send in their orders. As soon as the group was formed, he already had 53 deliveries to make in hand. By the next day, orders had doubled as more people started contacting him over Facebook messenger, Instagram, etc.

Utilizing the curfew pass, he would drive to a nearby mall, buy the items, store them in his car and drive back home. Following that, Hitesh and his wife would segregate the items as per the orders, pack them separately and inform people about his delivery timings.

Items ranging from pulses, varieties of rice, medicines (on prescription), and sometimes even a birthday cake were on his delivery list. One could also find him delivering balloons and party items for a kid’s birthday party every once in a while.

To be safe, he would always park his vehicle at a safe distance from the houses and then make deliveries. Given the hefty amount of orders he would get, his day would usually start at 4 a.m. He would sanitize frequently and maintain a proper distance from his customers. Making tons of deliveries throughout Indore every day, he served a lot of strangers selflessly and with full conviction.

Now the lockdown has been relaxed and yet people still contact Hitesh simply to strike a conversation for old time’s sake. 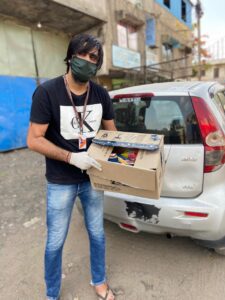 “ My reward is the blessings I receive from the people I serve. All of them have become my family now “

Even after people could fend for themselves, Hitesh would get calls from them wanting to have a friendly conversation and checking up on his health, etc. He managed to create a family of many well-wishers who would video call him at any time of the day to partake in their birthday or anniversary celebrations.

At one time, a couple wanted Amul cream delivered to bake a cake for their anniversary and contacted Hitesh for the same. Though he did not have it in stock, he chose to provide them with a packet from his own fridge!

While recounting these stories to The Global Hues, he described how overwhelmed he felt, every time his knocks were answered with welcoming & joyful faces.

This covid warrior has shown immense strength, compassion, and selflessness by risking his health to help others. Though his delivery services were absolutely free of cost, he claims to have received a huge payback – the love and blessings of the people he aided. The number of families he served was enormous but never kept a count of it by himself. He believes that there are enough people who have turned the covid crisis into a business opportunity for themselves and he does not wish to be one of them.

On account of his generous aid to people across the city, it felt as if all of Indore had come together in his time of need when he required plasma & Remdesivir injections for an ailing friend. This consolidated his belief that “good comes to those who do good”.

As more people came to know about him, his story got covered by radio jockeys, newspapers, magazines, etc. However, Hitesh did not care about things such as media coverage or business interests but chose to help because it was his ‘karma’. Some people would treat him rudely and much like any other delivery boy working his job, but the love he secured from people and his internal satisfaction of having given back to society surpassed all the roadblocks.

While ending his conversation with The Global Hues, he made sure to offer his services and unconditional help, if ever required in Indore. 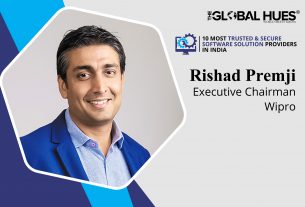 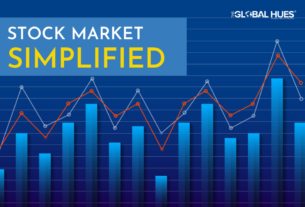 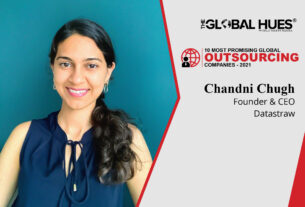