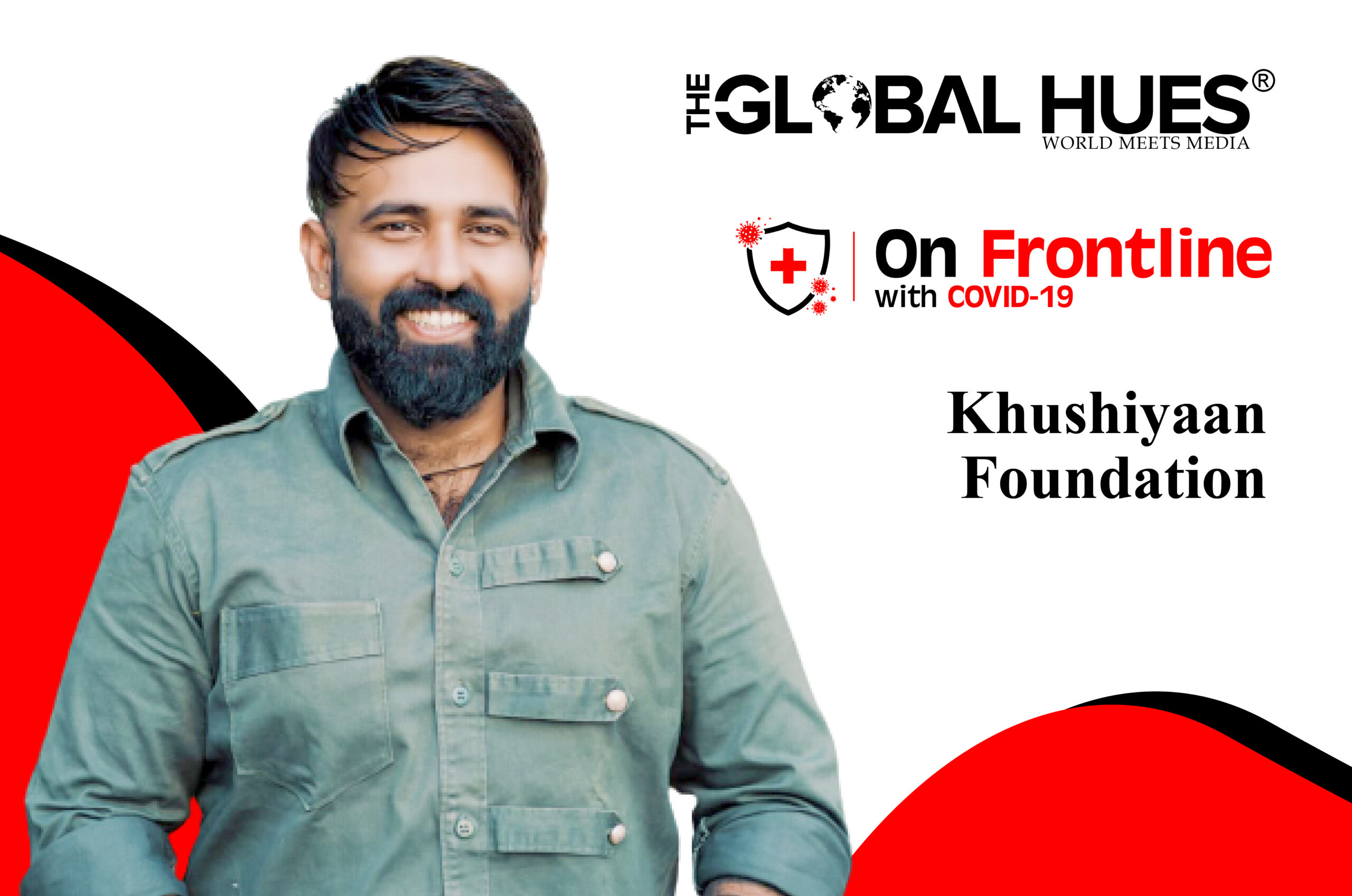 In an interview with The Global Hues, a 31-year-old humanitarian from Mumbai, Chinu Kwatra talked about his journey of starting a non-profit organization that helped thousands of people across the nation during the first and second wave of the pandemic. His indomitable spirit and the hard work of his team made it possible to serve people in need. With so many people around the nation, gasping for breath, and their families going through the hardest times, young volunteers like Chinu have been working selflessly to save lives. His passion to serve people and going out of his way to scale up initiatives to help people is incredibly inspirational.

ALL ABOUT THE FOUNDER OF KHUSHIYAAN

Chinu Kwatra, the man behind the creation of “Khushiyaan” has been born and brought up in Mumbai. He stated that he has always been passionate to serve society, however, his mother wanted him to join the army which he couldn’t because of being the pampered child in his family. Talking about his past experiences, he struggled with severe depression but was luckily saved. His mother gave him hope that even if he can’t join the Indian army, he can still serve people without the uniform. Chinu further commented, “I went out to search for my own personal happiness. I started reaching out to kids in need. I know dancing, drawing. So, I gave my knowledge to them. And that’s how my NGO Khushiyaan was born. ”

With the beginning of Covid-19 in 2020, Chinu took the help of a member of parliament, Ms. Priyanka Chaturvedi who helped their organization to set up their own kitchen for their project to provide food to migrant laborers and people below the poverty line who were most affected by the adversities of the pandemic. They were able to help about 7 lakh people by providing them with ration and, sanitary napkins to thousands of female migrant laborers who were stranded at railway stations and bus stops. When things were getting back to normal in July, another wave hit us but this time people needed oxygen more than ever.  Chinu stated that they had to start something different this time for which they needed funds, Anantha who Chinu stated is the biggest supporter of the organization helped them collect 2 Lacs; thereby they started to provide free oxygen Sewa to patients who were critical. They set up offices in Mumbai and also a wardroom and circulated helpline numbers in Mumbai where people were going through a terrible situation of panic.

“The panic was super high in Mumbai and we started consulting counseling people and helping them to get the proper leads, we supported almost 7,000 individuals with oxygen Sewa in Mumbai.” Chinu Stated.

Along with Mumbai, Chinu and his team gradually started helping people in other states like Goa, Delhi, and Uttarakhand as well. With the help of Ms. Ravina Tandon, the foundation was able to purchase 100 oxygen cylinders and could help patients in Delhi. 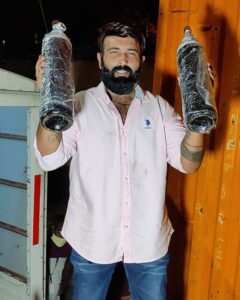 Chinu explained that the primary requirement is of funds that are provided by the people who support the initiatives. As explained by Chinu, funds are collected through social media, the process is very smooth and efficient so that money can be generated and more people can be benefitted.

“I take money from rich and distribute it in poor, in a very ethical way.” Chinu further stated.

He points out that it is all about the passion to help people and the same goes with his team which includes hardworking members who travel from Mumbai to Delhi to provide oxygen and other necessities. He emphasized the enthusiasm and interest his team holds to get the work done in the most efficient and smooth manner by giving constant updates. Chinu believes in having different plans in mind so that if plan A doesn’t work, they can come up with others; currently, the team is working on 10 different initiatives, all of which are running efficiently.

FUNCTIONING OF THE VARIOUS INITIATIVES TAKEN UP

Khushiyaan as an NGO has taken up 10 different projects currently, the first one being providing freshly cooked meals to malnourished children in five different cities. Chinu also talked about the Beach Warriors initiative which is currently on hold in Mumbai due to the Covid restrictions but has been continuing successfully for the past 1 and a half year. Khushiyaan also takes the responsibility to feed 800-900 street animals, it has also created shelters for abandoned dogs and animals, the organization looks after these animals and provides them treatment in safe spaces.

“I have my own manufacturing setup of eco-friendly sanitary pads. So we manufacture around 35,000 sanitary pads which we provide to Adivasi ladies in villages”. Chinu explained.

They have also undertaken a water project in which their organization provides drinking water to those areas which are in extreme need especially in certain villages so that the kids don’t go far away and can focus on their studies.

Chinu also talked about another prominent initiative “Project Paathshala”, and said “we have project Paathshaala where we are taking care of fees and other necessities of poor children. We have a mobile school where we go to the school and the slums and we create a school atmosphere there.” 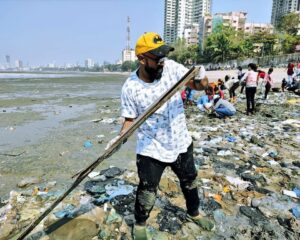 CHALLENGES FACED BY THE ORGANIZATION

Chinu stated that the organization mainly faced financial challenges last year, it needed funds to sustain after covid as well. He also talked about the hate and backlash they faced, even after working so hard and putting their lives at risk. Some NGOs called him randomly to copy instead of collaborating. Talking about how he handles all the hate he says,

Chinu further commented on how big brands try to bring them down and even if they want to collaborate, they don’t want to show it to the public.

A MESSAGE FOR THE MASSES 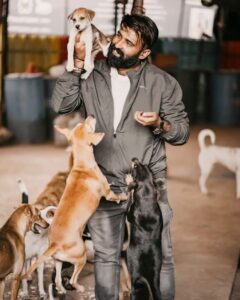 “If you care for humanity in everything you do in life, you will always be successful and satisfied”

He says that he gains satisfaction by helping people which in return helps him grow and also helps others to grow with him. 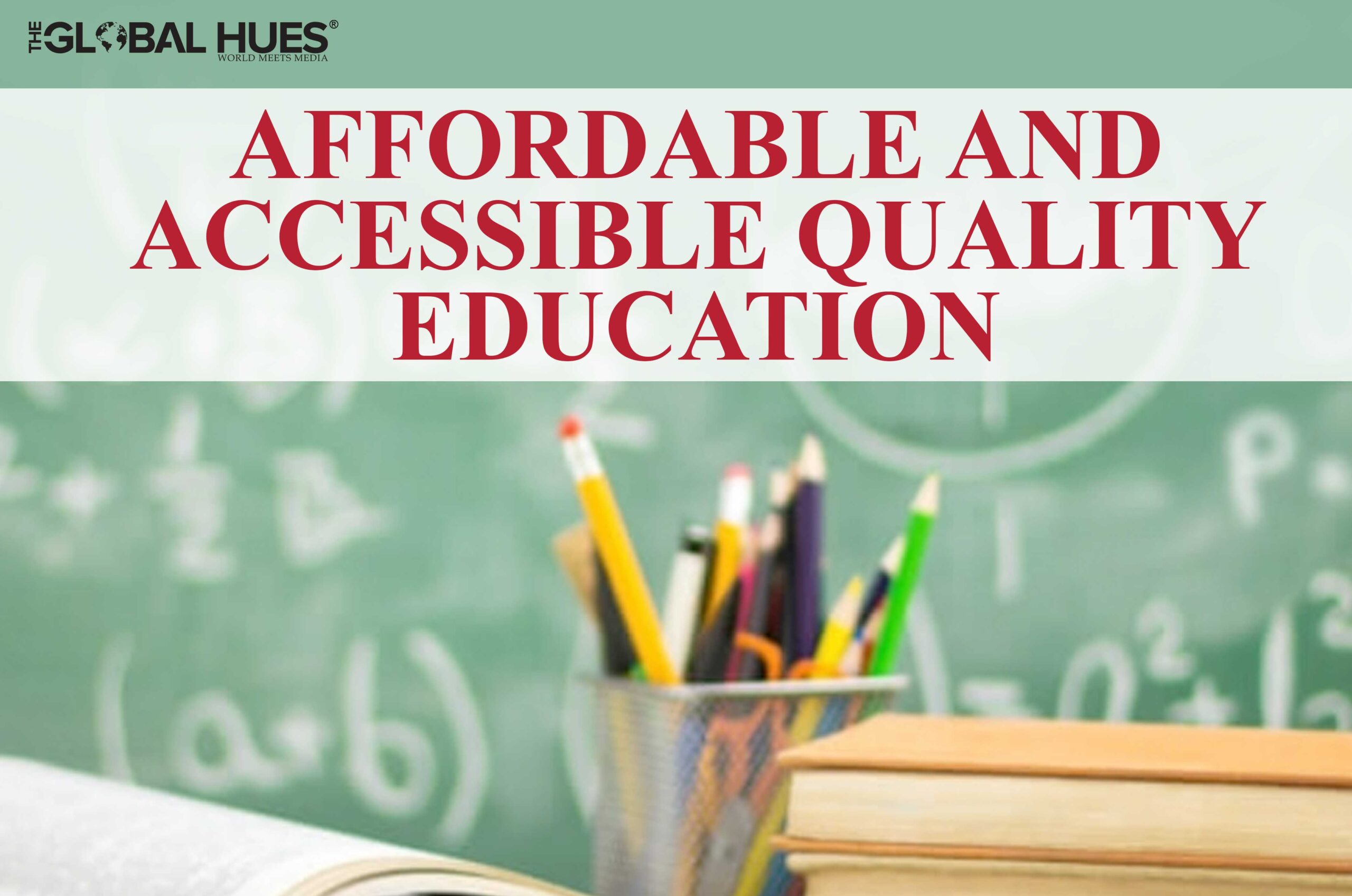 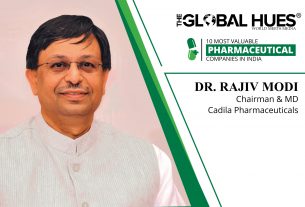 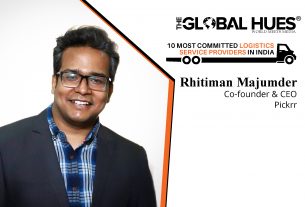 PICKRR: ALL IN ONE SHIPPING SOLUTION FOR E-COMMERCE