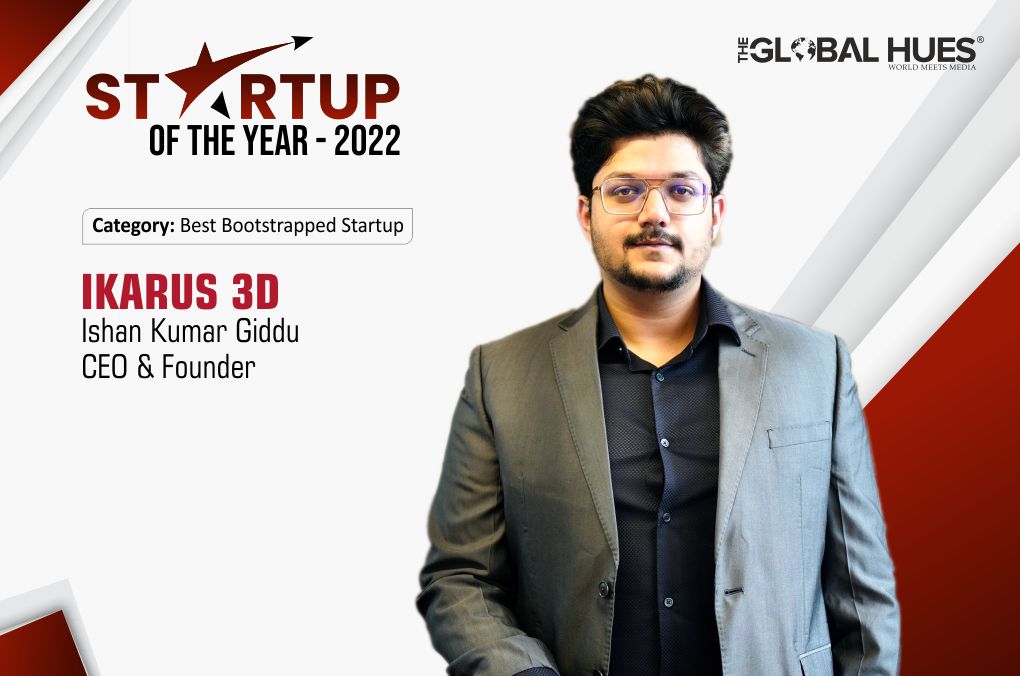 “Ikarus 3D is the venture of growth, be it the growth of our people, clients, or patron’s money or skill.”

Conquering the digital realm, Ikarus 3D is emerging as the most trusted name in AR, VR, MR and WebAR service industry. With the mantra of ‘pushing beyond limits’, Ikarus 3D is adding a new dimension to human life through the revolutionary technology of Augmented Reality and Virtual Reality. With a perfect blend of experience and professional expertise, Ikarus 3D has successfully delivered 225,950 models in production with a growth of 4700% in the number of models made each month. Marking its presence globally, the company has a client base in more than 17 countries including the US, Australia and Europe. Ikarus 3D also had the opportunity to work with big tech giants like Meta.

MEET THE BRAIN BEHIND IKARUS 3D

Ikarus 3D is the brainchild of Ishan Kumar Giddu, the CEO and Founder of the company. With the ignited passion for creating an impact on the world, it is Ishan’s dream to bring the next big revolution in the world of digital reality. To transform this dream into a reality, Ishan laid the foundation of Ikarus 3D in 2019 as an originator of a 3D asset creation company.

Demonstrating exceptional entrepreneurial skills, Ishan embraces every challenge and turns them into new opportunities for the company. Ishan always considers himself an HR & BD professional first and then a CEO. With his hard work and expertise, Ikarus 3D has grown tremendously and set its footprints globally.

Differing from the typical image of a boss, Ishan values the consistent effort and smart mistakes of his team and always encourages them to perform even better. Ishan believes, “Ikarus 3D is the Venture of Growth, be it the growth for our people, clients, or patron’s money or skill.”

The exciting journey of Ikarus 3D began in 2019 in a small cafe in Patiala, near the TIET campus. Ikarus made a bold attempt to start a company in the field which was unheard of at that time. And there were many people who made doubts about the survival and success of the company.

But as it is said, a great idea may have hurdles on its way but eventually gets its due success. The same happened with Ikarus 3D, the thought of creating something new that is not so common in the business world excites some farsighted people who got Ikarus 3D, the partners, clients, patrons and also amazing team members. Since the entire business of Ikarus 3D is bootstrapped, many obstructions came in the way but the clients believed in the potential of the highly skilled team of Ikarus 3D and stayed despite all the speed bumps. And that’s how the company got bigger at each and every step.

Ikarus 3D innovatively creates 3D models that can be configured on any platform. The various exceptional services of the company include:

Leveraging the enormous potential of Virtual Reality and Augmented Reality, VTO Ready 3D assets allow customers to try and test the product virtually. Using this technology, one can virtually try various products including bags, shoes, accessories and automobiles. The benefits of Virtual try ons are that it increases virtual transactions, makes the product stand out in the market and enhances the brand identity which eventually helps in increasing the conversion rate.

Providing the opportunity to become whoever one wants to be, Ikarus 3D delivers world-class Customisable avatars in the Metaverse. The company is fully equipped to bring any version of the virtual self to the digital realm. The high-definition avatars created by Ikarus 3D get the world close to the future of reality.

Bringing together different skill sets and areas of expertise, the enthusiastic and passionate team of Ikarus 3D takes the company to its new high. The dedicated professionals of the company are:

Since the inception of the company, Ikarus 3D has achieved many milestones. Some of its noteworthy achievements are:

With a passion-driven vision of capturing the world of AR/VR and the Metaverse world, Ikarus 3D is on the path to becoming a thought leader in the industry. The company is looking forward to expanding further providing cost-effective and reliable sources of 3D models for both creation and printing. 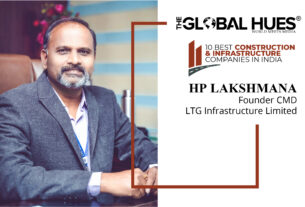 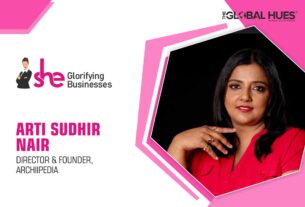 ARTI SUDHIR NAIR: ON A MISSION TO CREATE A DIGITAL PRESENCE FOR DESIGN PROFESSIONALS VIA ARCHIIPEDIA 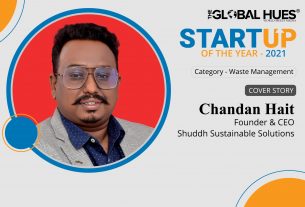 SHUDDH SUSTAINABLE SOLUTIONS: ON A MISSION TO MAKE A SUSTAINABLE FUTURE FOR THE UPCOMING GENERATIONS