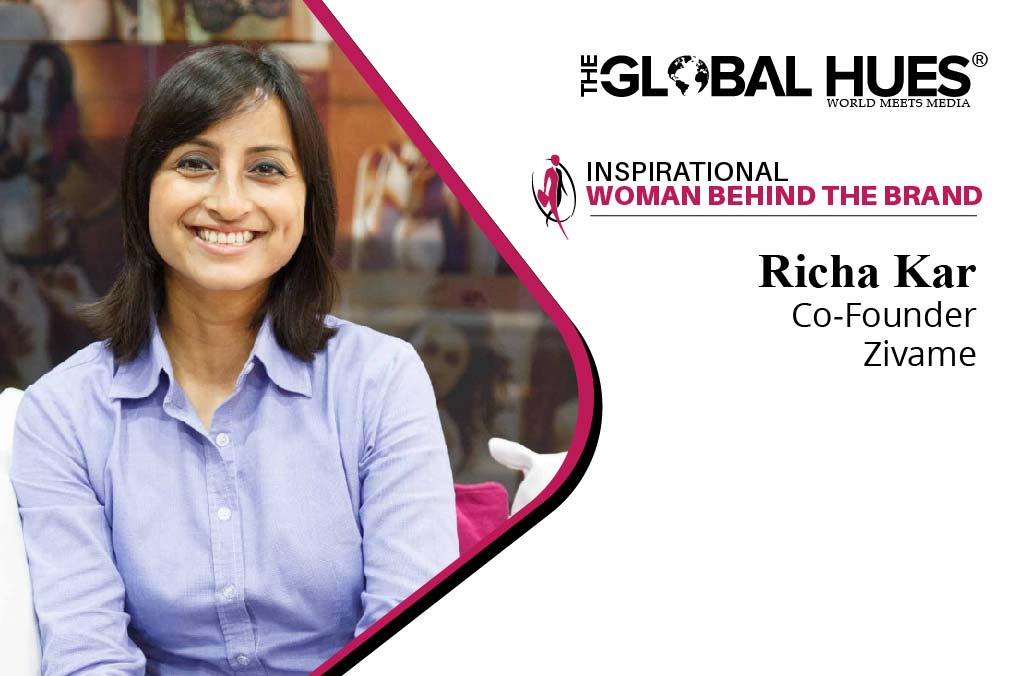 “I guess conviction in one’s belief is the greatest driver. If you are strong, focused, and passionate about what you want to do, everything falls in place. Being able to fulfill a certain need is most gratifying. It’s gratifying but it’s never easy.”  – Richa Kar (Co-Founder, Zivame)

In the settings of the conventional Indian Society, girls are doubted and in many homes, they do not have the freedom to do something beyond their study, however, there are some exceptionally strong women who are fighting to possess freedom and to achieve their dreams. Below is the journey of one such Women Entrepreneur– Richa Kar, the owner of a popular Indian online lingerie brand Zivame. The entrepreneurial journey of Richa Kar has been a tough ride from the very beginning as her parents did not support her and opposed her idea. Richa’s mother was embarrassed about her idea of selling lingerie as she was scared of what the other people will say and their judgments when she will tell them about her daughter’s profession. While Richa was hoping that her father would support her, the father of Richa Kar didn’t get the concept of selling lingerie online, so no support was provided from his end also. However, the only thing that remained rock solid was Richa’s determination towards her goal, and by her hard work and determination, she built the company Zivame worth more than Rs. 681 Cr. The company had raised $9 million from various big names in the industry like IDG Ventures India, Kalaari Capital, and Unilazer Ventures till now. Zivame counts Ratan Tata as an investor and now we all know that this is huge! Zivame is India’s largest online lingerie store that offers a huge variety to Indian women including 5,000 styles, 50 brands, and 100 sizes with a valuation of $100 million.

Zivame is the first online lingerie platform in India that has a variety of options for women! From then to now!

HER VISION IN LIFE

Richa Kar was born in Jamshedpur and comes from a mainstream Indian conventional family. Richa worked in the IT sector for a few years after the completion of her studies. Richa pursued a Master’s degree from the renowned Narsee Monjee Institute of Management Studies (NSIMS) in the year 2007. Richa at that time was working for Spencers and SAP retail consulting after graduating from NMIMS. Richa had developed an association with Spencers and SAP which helped her a lot, she could gain valuable retail experience that later helped her in her startup journey. One of her clients at SAP was in some way related to Victoria’s Secret. Richa’s communications and the experience of working with that client made Richa realize the distressing reality of lingerie shopping in India. Richa thought a lot over the idea of an online retail store for the same.  Before stepping up in the startup world, Richa had a secure job and career. She was an engineering graduate from BITS Pilani and also gained job security as she had a corporate job in Bangalore. Richa then completed her MBA and started working with Spencers Retail and SAP as a retail consultant where she gained a lot of knowledge about the retail sector. The idea of Zivame popped up in her mind when she was working at SAP; Richa tracked the online sales of Victoria’s Secret which is America’s largest retail company of women’s lingerie. She noticed that the sales figures crossed the target, but in India, there was no such market for Indian Women. After working for 8 years with dedication in the retail sector, Richa Kar got a fair knowledge of that sector and decided to start something of her own. To get a deeper insight into the lingerie business, she visited various malls and shops and observed that women feel shy about buying lingerie offline as most of the time, shopkeepers in such shops are male. Women are not comfortable and other than that they cannot expect fitting and styling tips from such shops.

INITIAL STRUGGLES AND TURNING POINT IN THE JOURNEY

The initial days of her startup life were very hard as people were making fun of her venture. She couldn’t even find a house on rent as when her landlord questioned about Richa’s profession and what she was doing she had to tell them she sold clothes online. Even after receiving so much criticism and no support, Richa Kar didn’t lose hope. After some time because of Richa’s patience and strength, Zivame got a good response from its buyers. Zivame got the first client from Indore who wanted to buy materials from her worth Rs. 7000. Eventually, Zivame claims growth of 300% yearly. Investors were extremely impressed by the dedication and hard work of Richa Kar and the turning point in her life was when she received her first funding of $3Mn in May 2012. And later,  another funding of $6Mn in Dec 2013 and $40Mn in 2015. 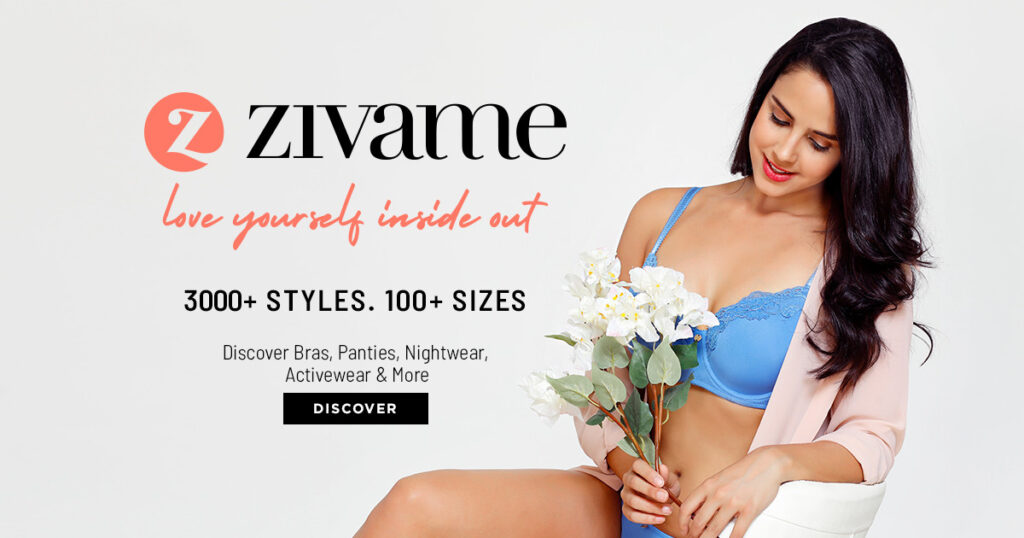 Zivame sounds like a unique name and what most people don’t know is that Richa came up with the name “ziva” for her idea which signifies ‘Radiance’ in Hebrew. But since the name ‘Ziva’ was not available so she settled with Zivame, which means ‘Radiant Me’. Richa then launched the brand in 2011, using up all her savings and Rs. 35 lakhs that she had borrowed from her friends. Zivame is an online lingerie store that features hundreds of styles tailored carefully for the needs of Indian women. Zivame has now become a leader in this niche online shopping segment, offering more than 5,000 styles, 50 brands, and 100 sizes. Zivame also offers a wide range of quality products for women in various categories that involves, but is not restricted to, lingerie and activewear. Zivame has witnessed such a tremendous reception that it now has brick-and-mortar stores across the country. Zivame’s products come at affordable rates and the quality is also amazing. Zivame at one point had 5 million visitors online every month out of which nearly 1 million were new visitors which helped Zivame grow. This number has grown multifold since then. Zivame’s consignments have reached all Indian states other than Lakshadweep. With e-commerce becoming mainstream, Zivame was quick to extract the maximum out of this domain by being amongst the early adopters. Richa Kar understood with the time that jumping onto the e-commerce bandwagon was solely the first step to success and becoming the leader in the lingerie category was worth much more.

For an unparalleled customer experience, a healthy inventory and customer service is very important, and that in turn requires significant cash reserves. Zivame made the right move in scouting for funding early on. When exploring its fundings, Richa met Vani Kola, the founder of Indo-US Venture Partners. Vani showed tremendous help and support towards Richa’s initiative. The first meeting between the two parties went very smoothly and built a strong relationship by the end of the day.

Richa Kar has become one of the most influential entrepreneurs in India currently and is a source of inspiration for many. She has motivated many women to chase their dreams. 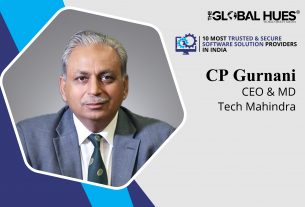 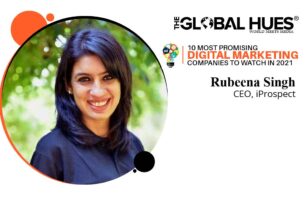 iPROSPECT: PAVING THE WAY INTO THE GLOBAL DIGITAL MEDIA WORLD 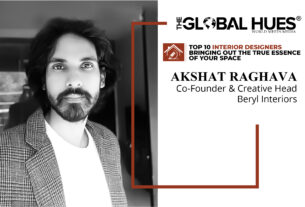 2 thoughts on “Richa Kar : The Woman Behind Zivame”