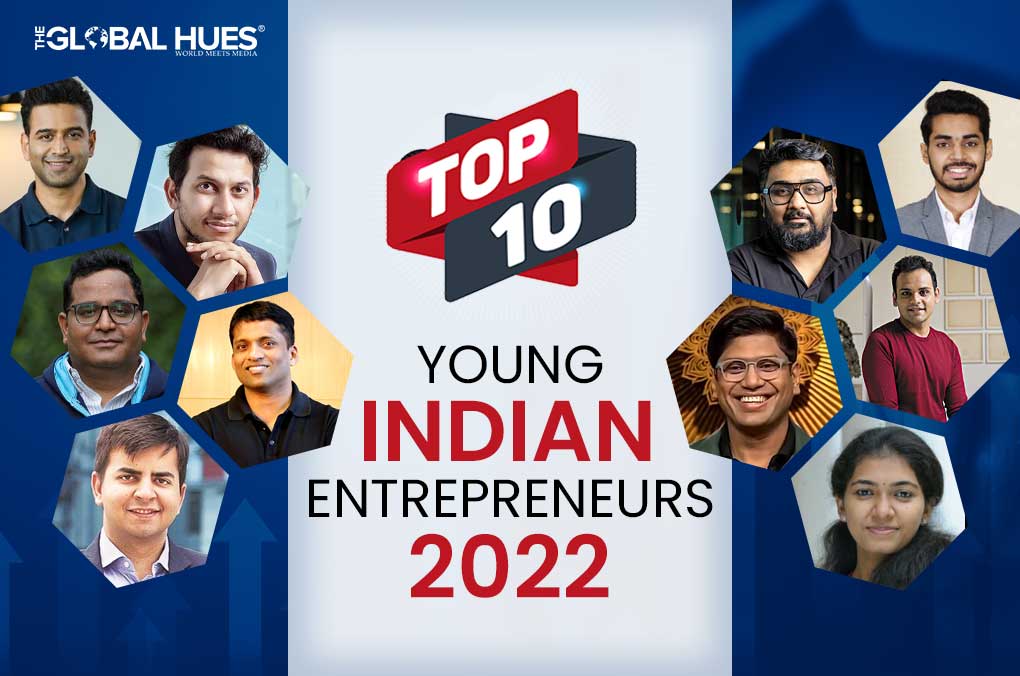 Ambitious entrepreneurs not only build siuccessfull businesses but also contribute a lot to the overall revenue of a country. They often face the challenge of funding, hiring the right talent, acquiring the success rate, but all these factors do not stop these entrepreneurs from achieving something big.

India has created many enthusiastic and hardworking business entrepreneurs, from Byju Raveendran to Nithin Kamath.

Let’s take a look at the top 10 young Indian entrepreneurs of 2022:

A very famous Indian entrepreneur, investor and educator, Byju Raveendran is the Founder of edtech startup BYJU’s. He is an engineering graduate who used to teach Mathematics to friends after spending a couple of years at a shipping company. He would also help students prepare for CAT and other entrance exams. It wasn’t until 2011 that he set up Think & Learn to offer offline lessons and decided to make teaching a permanent profession. He later launched its application as well.

Today, BYJU’s has emerged as one of the most reputed multinational educational technology companies. The company has received many awards and accolades so far because of its revolutionary contribution to the education industry.

Born in 1993 in Cuttack (Odisha), Ritesh Agarwal began selling SIM cards at the age of 13. After completing his schooling, he moved to Delhi in 2011 with the intention of starting something on his own. He received a grant of $100,000 after winning the Thiel Fellowship program in 2013. He started his entrepreneurial journey when he was only 17.

He first started Oravel Stays, a budget accommodation portal for booking budget hotels. Then, he launched OYO Rooms, a multinational hospitality chain of leased and franchised hotels and homes. The story of OYO and its growth has been truly inspiring.

From the small town of Aligarh to victoriously emerging as the Founder of one of the largest fintech companies, the story of Vijay Shekhar Sharma is indeed motivational. Vijay used to earn Rs. 10,000 a month when he was only 27 years old. Many challenges came ahead but he always fought with them.

He founded One97 Communications in 2000 with the aim to create an online directory for people to access through SMS. He launched PayTM in 2009 as a digital payments platform to facilitate cashless payments. Today PayTM has become one of the largest mobile payments and commerce platforms in India.

The Founder of one of the most popular Cab Aggregator and Ridesharing companies, Bhavish Aggarwal has struggled a lot to secure his position among the top 10 young Indian entrepreneurs.

He started his career as a Research intern with Microsoft Research India but his life took a major turn when he quit the job and decided to build his own empire. And here we have, Ola doing wonders in the hospitality industry.

There is no harm in saying that Peyush Bansal is the man behind revolutionising the unorganised eyewear industry in India. Like any other individual, after completing his education, he started his career as an employee. He had a job at Microsoft but the entrepreneurial bug in him forced him to quit his job. Enthusiastic Peyush when enrolled in a flexible one-year graduate course in entrepreneurship at IIM, an idea of selling spectacles, sunglasses and contact lenses on the online platform came into his mind.

And the rest we all know pretty well. Lenskart is rapidly growing and reaching out to over 1,00,000 customers a month.

As per Hurun India, Kunal tops the list of entrepreneurs with the most number of investments in startups that may turn unicorn in the next few years. He has invested in nine companies. He is currently busy taking CRED to infinite heights.

With a following of 9 lakh people on LinkedIn, Nithin Kamath is widely popular because of his largest brokerage firm, Zerodha. He was only 17 years old when his friends introduced him to the markets and taught him to begin trading stocks. He lost all the money that he earned in trading during 2001 and 2002 and started working in a call centre. He used to trade during the morning hours. After again losing money in 2008 and 2009, he became a broker.

He felt digitization and online user-friendly platform are the need of an hour when the idea of incepting  Zerodha came into his mind. He finally established the company in 2010.

Ashish Shah is the man behind Pepperfry with over 19 years of experience in Sales Operations, Logistics, Business Development & Strategy.

He has successfully built Pepperfry as India No 1 online Furniture, Home, and Living destination offering more than 1,20,000 products to spice up the home across categories such as Furnishings, Home Decor, Kitchen Supplies, Furniture, and Pet Supplies to the customers.

Sreelakshmi Suresh is an experienced CEO with a demonstrated history of working in the information technology and services industry. Born in 1998, she is a web designer from Kozhikode, Kerala, India.

She is a strong business development professional who is currently pursuing a Bachelor’s Degree focused in Business Management from St. Joseph’s College, Kozhikode. She is popularly known for her work designing websites in India which gained her media coverage as early as 2006.

Trishneet hails from a middle-class family in Ludhiana, Punjab. He failed in standard 8th due to a lack of interest in the formal education system. He focused on learning different skills and techniques related to computer.

He found his passion in ethical hacking and it was this passion which led to the inception of TAC Security, a global leader in vulnerability management that protects Fortune 500 companies leading enterprises and governments across the globe. 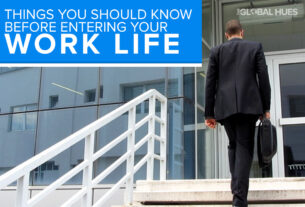 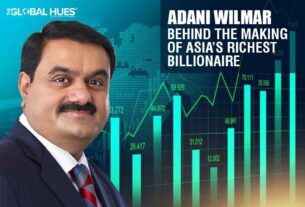 ADANI WILMAR: BEHIND THE MAKING OF ASIA’S RICHEST BILLIONAIRE