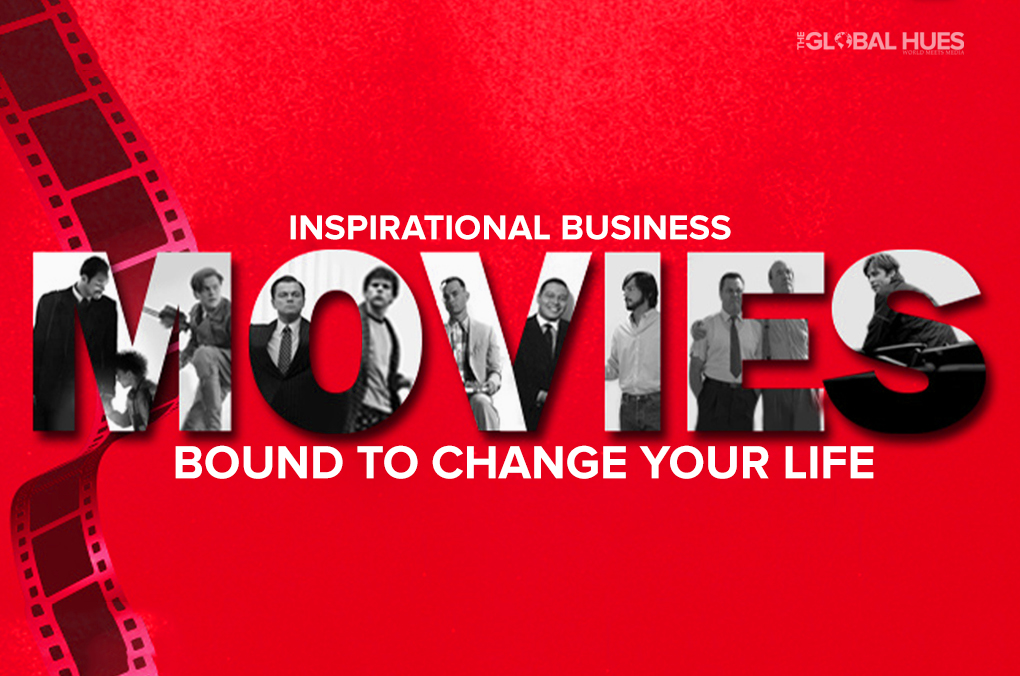 Some movies can create a life-changing impact on you. They can change the way you perceive major things in life. Talking about inspirational business movies, we have a whole list prepared that will move you to follow your passion.

It is essential to have sources of motivation in your life that will inspire you to do better every day. These sources can be primarily movies, documentaries, or books. To find a worthwhile inspirational movie is like finding a needle in the haystack.

If you want to get a taste of the hardships, success, and the journey towards success, we have got you covered. The struggles of entrepreneurship and depicting what one might face has been perfectly showcased in these movies.

Let us take a look at the most inspirational business movies that one needs to watch: 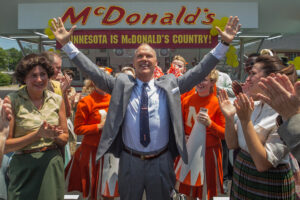 Story: The real story behind the most popular food giant Mcdonalds. Ray Kroc (Michael Keaton) is a salesman who met the owners of a burger joint Mac(John Carroll Lynch) and Dick McDonald (Nick Offerman). As he saw the potential of the business he eventually snatched the billion-dollar company from the hands of the brothers.

Moral: The non-colliding nature of business partners often leads to conflicts. The one who has persistence often takes the lead. This movie will help business entrepreneurs to understand this game. 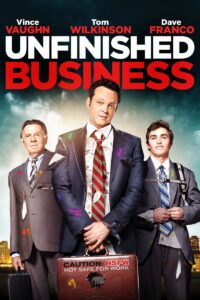 Story: A small businessman  Dan Trunkman(Vince Vaughn) after being distressed by his boss starts his new mineral sales firm with his two associates Timothy (Tom Wilkinson), Mike Pancake (Dave Franco). When they travel to Europe to close the most important deals of their life, the business trip is awaited by unimaginable obstacles.

Moral: A story depicting the challenges of a business owner with his new firm in a light-hearted comic way can entertain you and make you believe in good things. 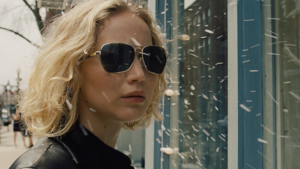 Story: This movie revolves around four generations. Joy (Jennifer Lawrence) is a single mother who rises against all odds to become the founder and matriarch of a successful family business dynasty.

Moral: A women-centric film that inspires every woman out there who dreams of becoming a self-dependent woman to start up their own business.

Story: Jules Ostin, played by Anne Hathaway, is all about her company ‘About the Fit’ but when a 70-year-old intern joins her company, her life changes. He teaches Jules about the importance of family and love.

Moral: The Intern truly captures the essence of the culmination of wise and old with new and fresh. 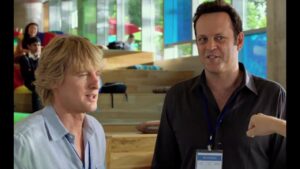 Story: Billy(Vince Vaughn) and Nick (Owen Wilson) are two salesmen. Their company has been shut as it failed to compete with the digital world. Both Billy and Nick decide to prove that they are not outdated and manage to land at Google as interns. But to qualify for the job they had to go through a battle with the nation’s most tech-savvy geniuses.

Moral: With the fast transforming world every day, this movie tells you that necessity is the mother of inventions. No matter who you are, positivity and determination could lead you to achieve anything. 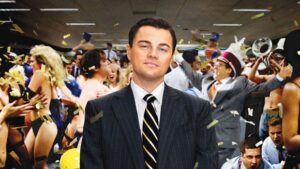 Story: Jordan Belfort (Leonardo Dicaprio) found his brokerage firm with his partner Donny Azoff(Jonah Hill) in the early 90’s.with the help of brokers, they defraud rich investors and make tons of money. As the firm grows, their crooked actions come into notice of the FBI. This led to the downfall of their career.

Moral: This movie emphasizes the theme of how people with no resources like education, connection, social ease can also achieve success in life. 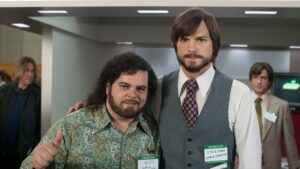 Story: This is the journey of a successful entrepreneur Steve Jobs (Ashton Kutcher) who brought the revolution in the computer industry. How he started his journey from the garage of his parent’s house to his rocky ways of doing the work and how he built Apple inc.

Moral: This inspirational movie depicts very clearly that a successful company like Apple is built from a small idea and place. 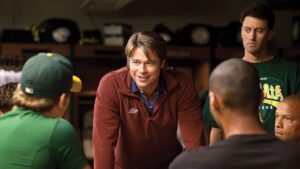 Story: The creator of Facebook- Mark Zuckerberg is the highlight of this movie. He created Facebook while studying at Harvard. He was sued by two brothers who claimed that Mark stole their idea. Later, his best friend was ousted from the company.

Moral: It is a must-watch as it also emphasizes the fact that big companies have small beginnings. Hence, motivating you to start something of your own. 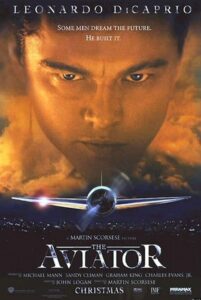 Story: The Aviator is a biopic of Howard Hughes. It depicts the early years of this legendary actor and how he overcomes all odds to become a successful businessman and film director.

Moral: The Aviator is considered to be one of the best biographies of all time and is quite inspirational. A success story sweeps everyone off their feet, strengthening their belief in themselves. 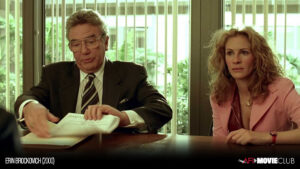 Story: This movie highlights the horror of corporate greed. This legal drama revolves around the struggle of Erin Brockovich against a corporate bigwig.

Moral: This inspiring movie talks about justice, fairness, and truth and is a classic.

Story: A small stock trader Rizwan Ahmed(Rohan Mehra) is hired by a successful Gujarati trader Shakun Kothari (Saif Ali khan). But Rizwan is betrayed by Shakun when he uses Rizwan for his monetary profit. Rizwan then manages to enthrall SEBI agents to arrest the corrupt Shakun.

Moral: Sometimes people idealize fraudsters in the business industry. You come across betrayals when it’s a matter of money. So choose your inspiration wisely. 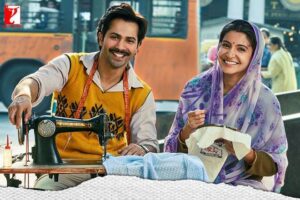 Story: Mauji (Varun Dhawan) decides to start a garment business when encouraged by his wife Mamta(Anushka Sharma). With the help of various artisans from his area, he managed to participate in an acclaimed fashion show.

Moral: People should know their key talents and skills. One should not be afraid to take risks. People with limited sources and lack of motivation will be highly inspired by the hardships of the protagonist. 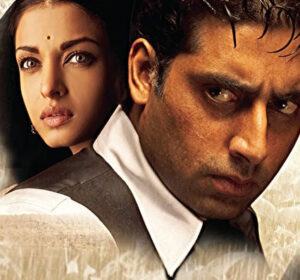 Story: It is said to be largely based on the life of Indian business tycoon Dhirubhai Ambani. The story revolves around a man Gurukanth Desai(Abhishek Bachhan) who along with his wife decides to leave his village to pursue his dreams. He rose to success after building a successful business empire.

Moral: This movie will majorly inspire those who are from small cities or villages but dare to see big dreams and wishes to fulfill them. 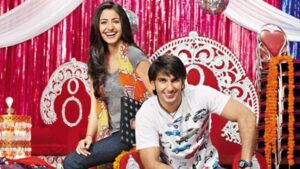 Moral: Love story of two young people who led their love-hate relationship to affect their career. Personal and professional life is probable to collide. 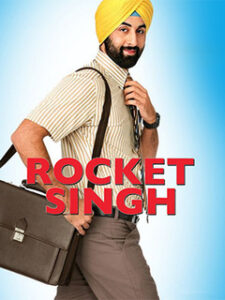 Story: A fresh graduate Harpreet Singh Bedi (Ranbir Kapoor) despite scoring fewer marks in the graduation dreams of a successful career. He landed in the job of sales which he thought was fit for him until his way of working clashes with the ways of his bosses.

Moral: Good grades for a successful career may not be mandatory if someone knows their true potential and has dreams to fulfill. 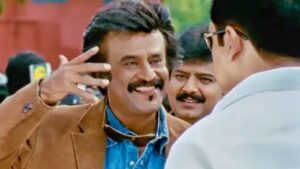 Story: Shivaji(Rajnikanth) returns from the US to invest his money for India’s social welfare. His deeds bothered politicians and they eventually stole all of his money leaving him with one rupee. He takes this as a challenge and executes his plans to earn even more money. With this money, he decides to make the system right and make India a developed nation.

Moral: Often right people who want to do good for society are led down by the corrupt system. It is always good to fight for the right. Black money only leads to the downfall of a nation.

All these movies indeed have one thing in common, the presence of sheer dedication and determination to flourish your start-up. Any dreamer can gain an appropriate amount of motivation from here and begin their work. 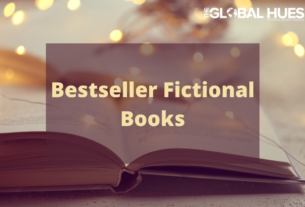 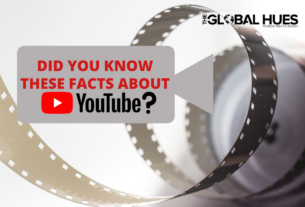