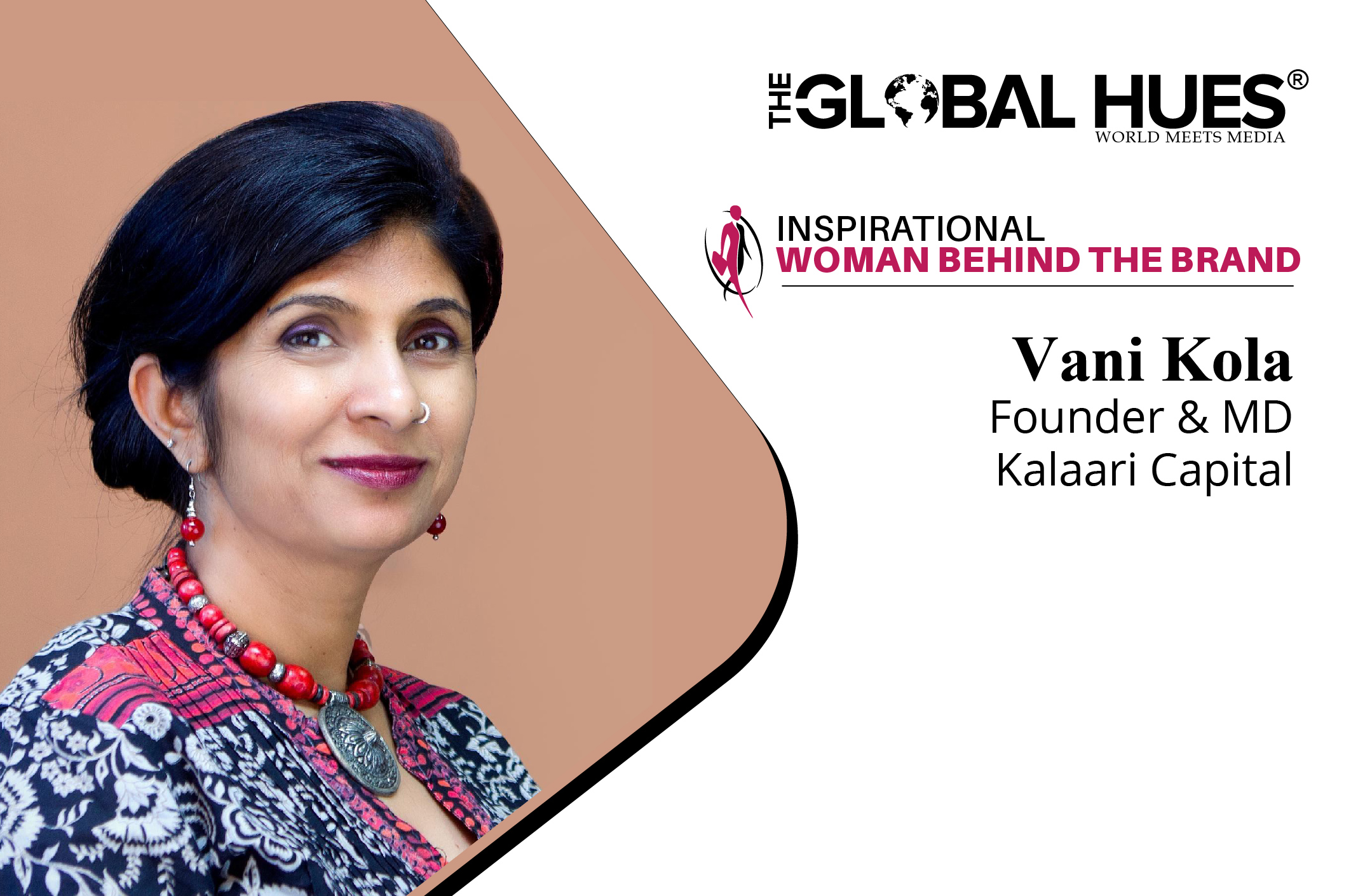 “Having a great work culture is not an option – It is a necessity.” ― Vani Kola (Founder & MD, Kalaari Capital)

Vani Kola, also known as the mother of venture capitalism in India is the founder of Kalaari Capital. Kalaari Capital is a technology-focused venture capital startup based in India. Vani is renowned to be one of the most focused and successful venture capitalists in India currently. She has built a top-notch reputation for picking the best young minds and mentoring them to build successful enterprises. She was born and raised in the city of Hyderabad. Vani completed her Electrical Engineering from Osmania University and then moved to the United States to attain her Master’s Degree from the Arizona State University. Soon after that, she began working in the technology sector and went on to work for some of the most popular companies.

Vani is widely appreciated for guiding budding entrepreneurs and her focus is mainly on technology companies in India.  Kalaari Capital has funded more than 50 companies in not just E-commerce but also in other large sectors like the Healthcare sector in India. Vani raised approximately $650 million and holds stakes in over 60 start-ups, including Flipkart Online Services Pvt. and Jasper Infotech Pvt’s Snapdeal. A few of her major investments are Myntra, VIA, Apps Daily, Zivame, Power2SME, Bluestone, and Urban Ladder. Vani is also an impeccable speaker who has delivered a number of motivational speeches at different entrepreneurial forums like TED Talks, TIE, and INK. Adding on to her endless list of achievements, she has also been mentioned as one of the most powerful and strong women in Indian Business Fortune India in 2018 and 2019. Vani was also awarded the Midas touch award for the best investor in 2015 which is one of her greatest achievements. She has also been recognized as one of the Most Powerful Women in Indian by Forbes in 2014 along with Linkedin’s Top Voices in 2016. 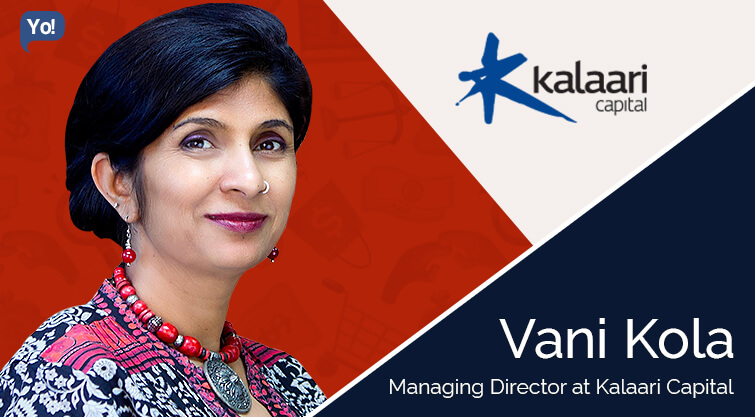 INITIAL YEARS AND JOURNEY TO SUCCESS

Vani completed 4 years being the founder of RightWorks but then sold 53% share of the company for $657 million including both cash and stock to the Internet Capital Group. Gradually, she sold the company to 12 technologies for $86 million in 2001. Vani believed that she could discover another side to herself and explore, thereby she founded NthOrbit, a company dealing with supply-chain software developing in San Jose. A software called Certus was also launched at the same time as NthOrbit by Vani.  PepsiCo had taken over the Certus internal controls and assurance software in 2005. Vani was ready to take on a new adventure after the completion of this project which was moving back to India after 22 years in the USA to work with young entrepreneurs. Returning to India in 2006 was a major point in her life and gave her some time to explore and understand what the future had in store for her. Vani’s journey as a venture capitalist began in 2006 after she spent one-month researching, traveling, and meeting people to learn more about the Indian market when it came to investing.

Being a successful entrepreneur is a very significant achievement but Vani was hugely respected by the entrepreneurial community and her investors not only because she is the pioneer Venture Capitalist in India but also because she is widely appreciated to be one of the finest mentors. To sum it up, she not only has money to leverage but is also an ocean of inspiration, intellect, and insights.

Vani is very successful now as an angel investor but the question that arises is what empowers her to take such strong decisions? What makes it certain that her decisions are going to be correct? Experience is the word that defines Vani Kola the best. Vani has earlier worked diligently as an entrepreneur in Silicon Valley for 22 years. Silicon Valley is the epitome and anyone who has worked there for 22 years must possess the quality of being very unique and rare.

The turning point of Kola’s journey is when in 2011, Kola along with Shiralagi rebranded her firm and named it Kalaari Capital. Vani successfully raised another $440 million after parting ways with Dham, which made Kalaari Capital the second-largest firm in India in terms of assets and the largest being run by a woman, which became the top news. Out of Kalaari capital’s 84 investments, Kola was able to sell 21 start-ups. Kalaari Capital focused on the right thing at the right time, it invested in focusing more on early-stage technology-oriented start-ups in India. The venture’s name was derived from Kalaripyattu, a form of martial arts with origins in Kerala. Both Kola and her business partner felt this name did absolute justice to their vision and aim with regards to their venture. The top 5 fundings of Kalaari Capital have been WinZo, Cashkaro, Dream11, Active.ai, and Industrybuying.

Talking about the startups funded by Kalaari Capital, Myntra and Snapdeal are some of the early startups funded by Vani Kola. She invested in these startups when they were actually startups who were finding their way up. Talking about the current situation, Myntra and Snapdeal have raised a series of funding from top investors like Tata and Alibaba. These entrepreneurs have turned indispensable for an Indian audience now but back then when they were mere startups and looking for a big break and recognition it was Vani Kola who came to the rescue.

No one has ever achieved success without failures and obstacles, Vani has also talked widely about the dark sides of entrepreneurship, Founders can become emotionally very attached to the company, and many times when the business isn’t taking off and one feels stuck, it can be difficult to understand the difference between how soon is too soon, and how late is too late to quit. However, it is important for founders to know when they are taking on personal risk to fund the venture and are teetering on the brink of financial peril.

“Given today’s overly glorified success stories, we often don’t think of failure as providing us with immense chances to learn. But we must follow up failure with an in-depth analysis, Focus on why you failed, not in an emotional way but rather an analytical one. Try to glean some lessons from it, for a better 2.0 version of yourself.” – Vani Kola

In addition to the stress of running an organization, Vani had also faced a lot of prejudice. During an encounter with a male acquaintance at the airport during a business trip, she was questioned on why she didn’t feel guilty leaving her young daughter, then less than a year old, at home. “It occurred to me ‘oh wait, didn’t his wife just have a child, and wasn’t that child only 6 weeks old’? Yet he was here at the airport also leaving to go somewhere. It just doesn’t occur to men! You just have to develop tools to cope.”

Vani has been an idol for all the women who are questioned and doubted by people around them. She has proved that in this field dominated by men in our nation, women can conquer every field and everything if they are truly passionate and committed towards it. 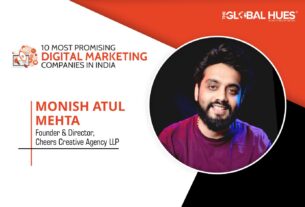 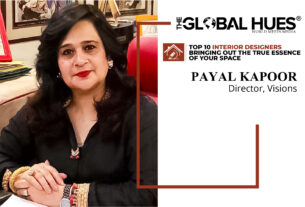 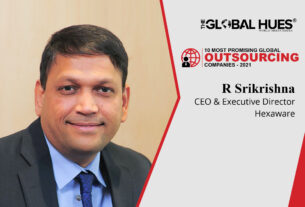 HEXAWARE: TRANSFORMING THE DELIVERY OF IT SERVICES

1 thought on “Vani Kola: The Woman Behind Kalaari Capital”